Seven indictments canceled in the ZAD project near Grenoble 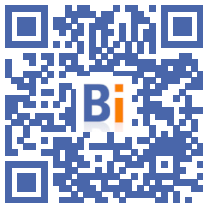 The justice canceled the indictments and the placements under judicial supervision last fall of seven people who planned to establish a ZAD near Grenoble, we learned from corroborating sources.

In its twenty-four-page judgment, the investigating chamber of the Grenoble Court of Appeal ruled in favor of the defense, which argued that the qualifications retained by the prosecution to prosecute them were "legally unfounded".

On September 5, three men and three women, aged 21 to 29, were arrested by the anti-crime brigade (BAC) in Saint-Martin-le-Vinoux, near Grenoble, while they were in front of the closure of an "SNCF freight zone".

During their police custody, they had recognized a "location" in order to "create a ZAD to oppose a real estate project" which involves "the removal of collective gardens" located near the place of their arrest, and which they wished to oppose.

Brought before an examining magistrate on September 7 for "criminal association with a view to committing degradation" and "attempted installation in a meeting on the land of others", they had been indicted and placed under judicial supervision.

A seventh suspect whose age was not specified was also arrested in October and indicted for the same reasons.

All have clean criminal records and could face up to five years in prison.

"We are not on anarcho-libertarians. They are simple environmental activists that we tried to repress violently", underlined Me Elsa Ghanassia, the lawyer of three of the suspects, who had filed a request for nullity early December.

"All the examinations have been canceled on all the offenses. The judicial controls are also canceled. The case is returned to the investigation but a dismissal will most certainly be pronounced soon", she predicted , denouncing "heavy" and "political dimension" qualifications.

In September, the seven activists received the support of the Avenir des Terres collective, which deplored that "the State criminalizes minority people because of their social condition or their commitments" by using "disproportionate repressive means".

They now enjoy the status of assisted witnesses in this case, which is still under investigation.