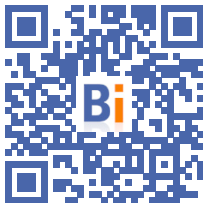 The specialist in flexible materials used in architecture SergeFerrari Group welcomed a "historic" performance in the second quarter, marked by a 117% jump in sales.

Over these three months, the group based in Saint-Jean-de-Soudain (Isère) invoiced 80,6 million euros for services, against 37,2 million euros a year earlier.

In a press release, SergeFerrari explains this dynamism by the recovery of its markets, by a favorable base effect (its sales were affected last year by containment), by the impact of its recent acquisitions and by price increases. that he managed to convey to his customers.

Excluding scope effects, its sales even increased (+ 6%) compared to the second quarter of 2019, before the impact of the health crisis was felt.

This "excellent start" makes the group confident for the rest of the year "despite the current return of health uncertainties and a less favorable base effect". He also says he is "in phase" with his medium-term objective of reaching a turnover of 300 million euros, "accompanied by an increase in results greater than that of sales".