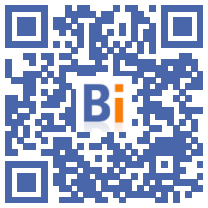 Sentenced to three years in prison at first instance, for having extorted real estate developers by multiplying the appeals against their building permits, between 2010 and 2015, a manager of Marseille companies saw his sentence greatly reduced on appeal Monday.

Gérard Haddad, 56, was sentenced by the Aix-en-Provence Court of Appeal to an 18-month prison sentence, to be served under house arrest under electronic surveillance, as well as a fine of 100.000 euros, compared to 45.000 euros in the judgment of the Marseille criminal court in October 2021.

The court indeed acquitted him for the vast majority of the extortion charges he was accused of, while reclassifying as fraud the facts of which a promoter was the victim.

Gérard Haddad was initially prosecuted with his brother Albert Haddad, a general practitioner who died in July 2021. The civil parties, 23 in number, were both large companies, such as Bouygues or Kaufman and Broad, as well as small promoters, against whom the two men filed appeals before the administrative court.

If some had refused any negotiation, the examining magistrate had identified 19 protocols passed with the Haddad brothers, having brought them a total of 2,2 million euros. Many promoters indeed preferred to compromise rather than see their project blocked by an administrative procedure.

"Never again Marseille!", testified a promoter during the investigation, some describing these appeals as "villainous". The projects were indeed delayed, because of the refusal of the banks to grant financial guarantees of completion or reimbursement to projects whose building permits were not purged of any appeal, explained the civil parties.

Gérard Haddad had always presented himself as a Robin Hood at war against the disfigurement of Marseilles by the multiplication of real estate transactions which he considered "ugly".

His defender, Me Pierre Ceccaldi, welcomed this decision: "It is reassuring to see that justice does not consider that an appeal to the administrative court can constitute a form of racketeering", he declared to the AFP.