Older people are leaving the big cities as they approach retirement 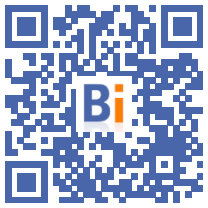 Many people aged 55 to 64 are moving outside major cities, a trend that increases with the level of diploma and especially in the Paris region, according to a study by the Caisse des dépôts published a few days ago.

“People living in large cities when they are still working tend to go to less dense municipalities when they retire,” explained Ronan Mahieu, author of the study, based on demographic data from Insee.

The phenomenon is obvious in the Paris region, where the net migration of 55-74 year olds is particularly negative.

The departments with the largest cities, such as Rhône, Bouches-du-Rhône, Nord or Haute-Garonne, are also seeing many seniors leave.

On the contrary, those receiving the most seniors are massively located "south-west of a Cherbourg-Chambéry line", notes the study.

The level of diploma plays a major role in the migration of seniors. Those with at least the baccalaureate are more likely to settle in rural municipalities, although they are much less present there in general. The most educated seniors are significantly more likely to move to the South or the coast.

"It may be that these differences between qualification categories have partly to do with the differences in land prices, the few or no graduates being probably less often economically able to settle in departments where real estate is expensive", notes the study.

After the age of 85, on the other hand, mobility changes in appearance and is much more correlated with the presence of places in medical establishments (Ehpad).

The study shows that the availability of care is not, however, a decisive criterion for setting up before the age of dependency.

"We do not have the impression that the question of accessibility to health care is important in the mobility of people", affirmed Ronan Mahieu.