Senators oppose possible change of borrower insurance at any time 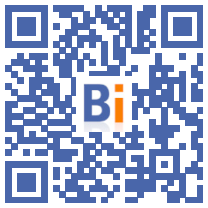 The senators, mostly on the right, opposed Wednesday, January 19 in committee to the possibility of changing borrower insurance, free of charge, at any time and no longer only on the anniversary date, preferring to reinforce the information of the insured.

This is the flagship measure of a bill "for fairer, simpler and more transparent access to the borrower insurance market", which will be debated next Wednesday at first reading in the Senate Chamber.

Carried by the deputy Patricia Lemoine (Agir group, component of the majority) and supported by the Minister of the Economy Bruno Le Maire, this text was adopted almost unanimously by the National Assembly. Its objective is to introduce more competition in order to lower the cost of this insurance.

Since 2010, the Lagarde law allows borrowers to opt for another insurance than that offered by their bank. And several other laws have then already worked for more competition, in particular allowing customers to change insurance every year.

This possibility "works" and has led "to an effective reduction in costs" for the insured, assures the rapporteur of the text in the Senate Daniel Gremillet (LR).

The senators thus removed in committee the possibility of termination at any time, while proposing to reinforce the information of the insured on the current law.

The insurer would in particular have the obligation to inform his client each year of his right of termination as well as the terms of implementation of said termination and the various deadlines he must respect. The concept of "expiry date", from which the period during which the insured is authorized to terminate is calculated today, would be clarified.

The senators also introduced a new measure, presented as "a major step forward" by Mr. Gremillet. It aims to remove the medical questionnaire for home loans of less than 200.000 euros which expire before the borrower's 65th birthday.

The loan insurance market is valued at nearly 10 billion euros in contributions per year, and concerns nearly 7 million owners with outstanding credit.

If the senators remain in session on their version, and then deputies and senators do not reach a compromise in a joint committee, it is the National Assembly which will have the last word.