Senators are committed to the development of the hemp sector 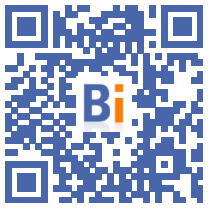 "Everything is good in... hemp": at the end of a summer marked by drought and at a time of heating savings, senators from all sides are committed, on the initiative of the environmental group, to the development in France of the hemp sector, a low-water plant with multiple uses.

The leader of environmental senators Guillaume Gontard presented to the press on Wednesday a motion for a resolution for the economic development of the sector and "improving the regulation of products derived from hemp", co-signed by more than fifty senators. .

For Mr. Gontard, it is not a question of introducing "a fashionable plant", but of reviving "a historical practice", by calling on the government to work so that the cultivation of hemp "is facilitated and well supervised". .

Because the development of this plant today comes up against regulations and "issues of standards", according to the senator from Isère.

Integrated into a crop rotation, hemp "restructures" and "aerates" the soil, he explains. It is a plant that grows quickly, resists drought because it requires very little water, does not require chemical products...

"It's a carbon sink", adds the ecologist Daniel Salmon, while the centrist senator from Gironde Hervé Gillé shows his interest in the conversion of wine-growing land and a "return to polyculture".

Growing hemp, but for what? Almost everything, if we are to believe Evelyne Perrot, centrist senator from Aube, the department which is home to the “La Chanvrière” cooperative. About “60% of French hemp” is produced there by some 650 farmers (28% of European production).

In 1985, the activity started there with the production of bedding for horses. In the 1990s, “hemp concrete” appeared, a biosourced construction material whose insulating properties make it a valuable asset today.

Then the "technical fibers for the automotive industry", an alternative to polluting glass fibers. For truly green wind turbines, hemp fibers could also be integrated into the blades, which are now mainly made of fiberglass, says Mr. Gontard.

T-shirts or even briefs: hemp is still used to produce textile fibers and makes it possible to manufacture paper "without cutting down trees".

The protein-rich seeds can be used in animal and human food. Nicole Bonnefoy (PS) reports an experiment carried out in her department of Charente with the introduction of hemp seeds in meal for cows: "The cows were happier, the milk of high quality". Hemp oil is also used in cosmetics.

We are far from the ropes and sails of past centuries.

The authors of the motion for a resolution, however, underline the need for "enormous work to structure the sector": "Create demand, open the market, standardize all that". With a significant constraint: to be processed, hemp needs specialized tools, and therefore investments.

Fibers, seeds... the plant also has leaves and flowers, and there things get complicated.

In January, the Council of State suspended a government decree prohibiting the sale of hemp flowers and leaves that contain cannabidiol (CBD), the non-psychotropic molecule of cannabis, supposed to have soothing and relaxing properties. "But we are still in a legal limbo", according to Guillaume Gontard, while the CBD marketed in France "comes from other European countries, with very low quality and traceability".

"The kilo of CBD flowers can sell for around 600 euros in 2022", against a price of durum wheat around 430/450 euros per tonne, note the authors of the motion for a resolution, for whom "the financial windfall, represented by growing CBD hemp would be a breath of fresh air for French farmers".