A Senate committee denounces the government's lack of anticipation on energy 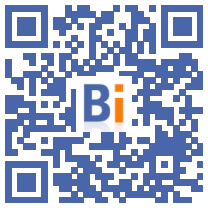 While the surge in energy prices demonstrates, day after day, the need for a solid energy policy because it is rational and anticipated, the Senate Economic Affairs Committee has chosen to place energy at the heart of its control program.

She recalls that this surge in prices was not anticipated by the Government. Asked by the commission on the need to "revalue the energy check" during the Covid-19 crisis, in April 2020, the former minister in charge of energy estimated: "the bills will not increase significantly".

The committee also recalls that a rebalancing of our mix in favor of nuclear energy was not always desired by the Government. As part of the review of the “Climate and Resilience” law of August 21, 2021, the framework for reactor closures introduced by the commission - and ultimately retained in the final text - had been described as “neither done nor to be done ”by the current Minister in charge of energy.

The committee notes today that the Government's reversals on these two subjects give it, well and too late, reason.

She regrets the incompleteness of the announcements made by the Prime Minister in the face of soaring prices:

More broadly, the committee believes that we cannot be satisfied with an energy policy based on sight, because any ambiguity, any insufficiency in our production choices always ends up being paid, in winter, on the energy bill and our security of supply.

We therefore need more anticipation, consistency and rigor in the conduct of our energy policy, inexpensive and low-emission energy constituting a condition for the revival of our economy, but also for its decarbonisation.

To contribute to this, the committee decided to carry out several control works:

Its transpartisan working group on electricity market reforms, in charge of monitoring European negotiations on the reform of regulated access to historic nuclear energy (Arenh), the “Hercules” reorganization project - now “ Grand EDF ”- and the future of hydroelectric concessions will also continue its work.