The Senate adopts the 2021 "work and employment" budget, modified 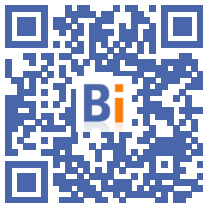 The Senate dominated by the right-wing opposition adopted on Friday at first reading, with several modifications, the 2021 draft budget for work and employment, up by 400 million euros, in a context of crisis linked to Covid -19.

The Minister of Labor Elisabeth Borne recalled that the appropriations of her ministry for 2021 "break down into two parts: 13,2 billion euros for the" Work and Employment "mission, an increase of 400 million euros. 'add the measures to fight poverty in the 4th finance bill and 10 billion euros in exceptional credits from the recovery plan.

Ms. Borne indicated that the additional envelope announced for the Youth Guarantee budget would be presented "at second reading to the National Assembly because we are in the process of calculating". "It is around 280 million euros that we should add", she said, which corresponds to "50.000 more young guarantees", the recovery plan having already provided 50.000 other entries.

Prime Minister Jean Castex announced last week that the Youth Guarantee would benefit "at least 2021 young people" in 200.000, ie a doubling of its beneficiaries.

The Youth Guarantee offers a monthly allowance (of a maximum amount of around 490 euros) and reinforced support in local missions for one year to young people aged 16 to 25 who are "neither in employment, in studies or in training". and "in a situation of financial insecurity".

Again for young people, the Senate gave the green light to an amendment by the majority RDPI group En Marche, supported by the government, aimed at extending the remuneration and social protection of trainees in vocational training to new young people, beneficiaries of support systems, for example Intensive Youth Support (AIJ), offered by Pôle emploi, or Pre-apprenticeship.

Always with the support of the government, the Senate adopted an amendment of elected representatives of the Independents group aiming to allow the sworn agents of Pôle emploi responsible for the fight against fraud to benefit from a "right of communication", like their Social Security counterparts.

This right would allow them to obtain from a certain number of organizations the information necessary to check the accuracy of the declarations made with a view to the allocation of services.

Questioned also on the fraud in the partial unemployment scheme set up by the government for the sectors most affected by the crisis, Ms. Borne said that "nearly 400.000 a priori checks, more than 10.000 suspected fraud had been carried out. which led to blocking the payment of sums, and then of the order of 60.000 a posteriori controls and 700 criminal proceedings initiated ".

Against the advice of the government this time, the senators adopted amendments aimed at increasing the appropriations dedicated to the Maisons de l "Emploi. They are unlikely to be retained by the National Assembly.