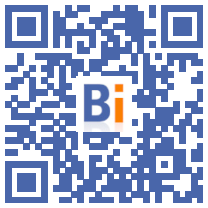 The housing tax on second homes in Lyon will be sharply increased, announced the environmentalist municipality, which defends a "measure of social justice".

The increase in the housing tax on second homes will go from 20% to 60%, "the maximum that is allowed by law," said the first deputy mayor, Audrey Hénocque, at a press conference.

This is "a measure of social justice" and "a signal of our political will" for these dwellings to become main residences in a city which is experiencing "a significant housing shortage", added the elected official. , estimating the average effort for owners at "around 210 euros per year".

And failing to return to the fold of main residences, whether for sale or rental, it will be "about 3,3 million euros in additional revenue" for the city, according to Ms. Hénocque.

"The line is clear: we want to facilitate affordable housing," added the mayor EELV of Lyon Grégory Doucet.

15.000 Lyon residences are affected by this measure.

Other cities already apply the maximum increase of 60% of the housing tax on second homes, like Paris or Saint-Nazaire.

The measure must be voted on Wednesday in Lyon during the city council, which will also endorse a subsidy of 10 million euros for the installation in the city of the future academy of the World Health Organization (WHO).

Lyon's elected officials will also have to vote on several deliberations concerning culture, the budget of which has been "sanctuarized", according to Mr. Doucet, the cultural intervention fund even experiencing an increase of 320.000 euros.