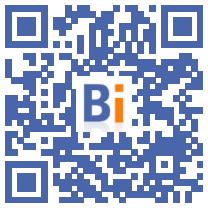 A worker died Wednesday January 5 at the end of the morning in Saint-Denis (Seine-Saint-Denis) on the site of a major station of the Grand Paris Express, announced the Société du Grand Paris, second fatal accident in the construction of the future Ile-de-France metro.

“This morning around 11:30 am, a dramatic accident occurred on the site of the Saint-Denis-Pleyel station of the Grand Paris Express. A companion died. A fall of material on the site is believed to be the cause of this. accident according to initial information, "announced on Twitter the organization responsible for the work of the metro.

In December 2020, a 41-year-old worker was already killed on the site of line 16 at La Courneuve (Seine-Saint-Denis) after a fall into a grinding tank located 30 meters deep.

The 200 kilometers of the Grand Paris Express include four new automatic metro lines, numbered from 15 to 18, as well as extensions of line 14. Articulated around a circular line, several branches must connect the airports of Orly and Roissy-Charles-de-Gaulle, the scientific center of Saclay and sensitive districts of Seine-Saint-Denis.

After delays, the new lines are now scheduled to enter service gradually between 2025 and 2030.