Seasonal rentals in Paris: a condemned real estate agency, a first according to the town hall 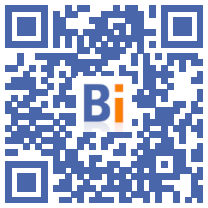 A real estate agency has been sentenced in Paris for having rented an apartment without authorization on the Airbnb and Booking platforms, a "first" hailed by the City of Paris.

In a judgment dated June 29 consulted by AFP, the Paris court sentenced the owner of an apartment in the 8.000th arrondissement of the capital and the agency managing her property to a fine of XNUMX euros each.

A company commissioned by the agency was also fined 2.500 euros.

They are accused of having put this apartment on tourist rental sites between October 2018 and August 2020 when it was not intended for this purpose.

In 2020, at the end of the first confinement, neighbors of the apartment protested against the nuisance caused by noisy tenants, by hanging "Stop Airbnb" banners.

According to the deputy (PCF) to the mayor of Paris in charge of Housing, Ian Brossat, this is the first time that the town hall has obtained the conviction of an agency and a concierge in a case of illegal tourist rental.

"It is fortunate that not only the owners are condemned, but also this parallel economy which has developed on the fringes of the law and which allows this cannibalization of our housing surface", reacted the communist elected official to AFP .

"It's a way of telling them that they will eventually be caught by the patrol," he added.

The city of Paris has been railing for a long time against furnished tourist accommodation, which it accuses of accentuating the housing shortage in the capital.

"I consider it a non-event," the real estate agency's lawyer, Xavier Demeuzoy, told AFP. "The City of Paris has already condemned concierge services on numerous occasions".

"We considered that there was no ground for appeal. Because we have one of the lowest fines possible," added Me Demeuzoy.