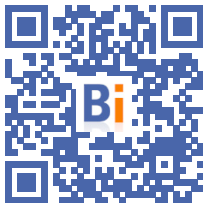 Sea levels are rising twice as fast as expected in parts of New Zealand, threatening the country's two largest cities, according to a study published a few days ago.

Data collected along the country's coastline showed that some areas are already sinking by three to four millimeters a year, accelerating the dreaded peril.

The projections are the result of an extensive five-year research program - dubbed NZ SeaRise - carried out by dozens of local and international scientists and funded by the government.

According to their forecasts, the authorities have less time than expected to plan how to adapt to the consequences of climate change, in particular a relocation of inhabitants living along the coasts.

According to Tim Naish, the professor at Wellington University in Victoria who co-directed the programme, if global sea level rose by about half a meter by 2100, that height would have to reach almost one meter in large parts of the archipelago because the land is sinking at the same time.

This would be particularly catastrophic for Wellington, the capital, which could experience a sea level rise of 30cm by 2040, which was not expected until 2060.

The inhabitants of Wellington could thus be victims each year of a flood causing damage.

"We have less time to act," Naish said, saying "it's a bit terrifying."

The data shows that the southeastern coastline of the more populated North Island is the most exposed.

Auckland, which, with 1,7 million inhabitants, is the largest city in the country, is particularly vulnerable.

Sea levels are predicted to rise 50% faster on the downtown waterfront and in several suburbs, which will have immense impacts on house prices and insurance premiums.

NZ SeaRise has developed an online tool for residents and authorities to check forecasts for their area, so they can assess the risk of flooding and erosion.

“We still have time, but we no longer have time to sit idly by,” Mr Naish said, calling on elected officials and promoters to come to a standstill to think about how best to adapt to this rising level of security. the sea.

Prime Minister Jacinda Ardern said planning was already underway, including budgeting for the relocation away from vulnerable shores of some residents and infrastructure.

"The first thing is not to abdicate because there are a series of options that can be implemented," she told Radio New Zealand.

"We are working with local authorities and insurers to determine who should bear the costs of some of these options as they should not fall on one party."

Ms Ardern called on New Zealanders to do everything possible to reduce emissions and limit the consequences of climate change.

Sea level rise is due to the thermal expansion of the ocean - water expands when it warms - and the melting of glaciers in the Greenland and Antarctic ice sheets.