Scooters limited to 10 km / h throughout Paris before Christmas 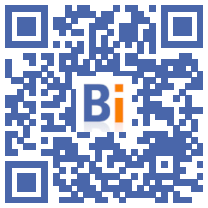 A clean and practical means of locomotion for some, a "hyper dangerous" nightmare for others, self-service scooters will be limited to 10 km / h in Paris "from the first half of December", except on certain major roads, the town hall announced on Thursday.

In all "adjacent streets", scooters will be automatically restricted to 10 km / h, while major axes, especially those with secure cycle lanes, will retain their limitation to 20 km / h, AFP told AFP. environmentalist David Belliard, deputy mayor Anne Hidalgo (PS) in particular in charge of mobility.

In addition to cycle paths, “structuring inter-neighborhood” lanes will also be exempt from limitation, as will streets where car traffic remains authorized at 50 km / h, and bus lanes where bicycles are authorized.

This "order" was placed on Wednesday by the City to the three operators present in the capital, who had announced a few days ago the implementation in 700 speed limit zones in Paris.

For Mr. Belliard, such zoning would not be satisfactory because it creates "a Dalmatian Paris", and would be difficult to understand for scooter users.

Regarding personal scooters, David Belliard underlined during a press conference that the town hall had "no coercive means to act" since they were not governed by the operators.

By simplifying the rules, the town hall wishes to ensure "better regulation of public space", described by elected officials as "tense".

Scooters have been responsible for 298 crashes since the start of the year, causing two deaths and 329 injuries. 375 accidents were recorded in 2020, including one fatal.

At the end of June, after the death of a 32-year-old Italian woman, hit by an electric scooter on a pedestrian alley, the Paris town hall threatened the three authorized private operators not to renew their contract if they did not make progress on speed limitation and parking.

To date, Mr. Belliard confirms the "five-month" extension of these contracts.

The "promise of total freedom" of the users of self-service scooters "is not tenable", underlines David Belliard who affirms his will "to appease" the sharing of public space with the approach of the end celebrations. year, when the streets of the capital fill up.

The Parisians met Thursday by AFP are divided. "This is still not enough", laments a retiree, who believes that scooters are "very dangerous" for pedestrians, "the streets are already filled, with bicycles and silent electric cars".

Marjorie, an employee of a luxury house, believes that this decision is "good news for the safety of pedestrians".

On the municipal opposition side, the LR mayor of the XNUMXth arrondissement, Philippe Goujon, welcomes the implementation of this new limitation to AFP, which he claims to have proposed several weeks ago. "I did not want to cut the XNUMXth into sections", explains the elected official.

He nevertheless wishes to go further, "that the City work with the operators", in particular to create a "Street code, or pedestrian code" and that the latter, particularly vulnerable, "be protected".

In this same desire to regulate self-service means of transport, the City Council has also announced that it will be calling for competition from operators of motorized two-wheelers, from December 13. The idea is to "anticipate", before the situation becomes unmanageable, as it has been for scooters.

Five operators are currently present in the capital, but the call for tenders will only retain two or three. The winners will be announced in June, with a start of the contract in September.

The selection criteria will be diverse, and linked "to the types of equipment, to the respect of their environmental criteria", to the quality of the services, their capacity to be deployed "and to ensure the service", summarizes Mr. Belliard, while specifying the municipality's wish to work with companies following a "social improvement" approach to the working environment of its employees.

This model has already been followed in 2020, to reduce the number of scooter operators to three in the capital (Dott, Lime and Tier).