Penalty of 250.000 euros against the real estate fund management company Perial AM 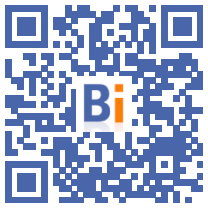 The company Perial Asset Management, specializing in the management of real estate funds, was sanctioned to the tune of 250.000 euros by the sanctions commission of the stock market regulator for breaches of its professional obligations, the Financial Markets Authority announced on Monday.

The case concerned a series of breaches related to the valuation of the buildings managed by Perial AM, its marketing campaign, its management of conflicts of interest and the fight against money laundering and the financing of terrorism (LCB-FT) .

The sanction imposed is twice lower than the amount required in June by the AMF college.

The sanctions commission considered that the procedure for evaluating Perial's buildings was "incomplete and not very operational", according to a press release from the AMF.

She also noted that "some of the promotional documents disseminated by the company (commercial brochure, promotional videos and communications on social networks) contained unclear, inaccurate or misleading information", highlighting the advantages of investing in SCPI to the detriment of risks.

Perial AM is also criticized for not having in particular "not dealt with conflict of interest situations that existed with companies in its group that it had chosen as service providers".

The company, which managed at the time of the facts 2,755 billion euros distributed in civil real estate investment companies (SCPI) and real estate collective investment undertakings (OPCI), recalled in a separate press release, that "all of the observations made by the AMF, which covered the period 2016-2019, are now corrected ".

"The AMF's decision also underlines that no profit derived from the above-mentioned breaches has been identified nor any damage to an investor reported", adds Perial AM.