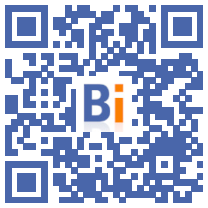 The building materials group Saint-Gobain announced on Thursday May 12 the sale of two glass processing plants in the United Kingdom as well as of its British distribution subsidiary specializing in coatings, thus exiting all its distribution brands specializing in the country.

"Saint-Gobain has signed definitive agreements for the sale of International Decorative Surfaces (IDS), its specialist flooring, worktop and laminate distribution business in the United Kingdom, to Chiltern Capital", a British company investment capital, the group said in a statement.

The building materials company did not specify the amount of the sale of IDS, which in 2021 posted around 130 million in turnover, or whether the jobs of its 500 employees were threatened.

"Saint-Gobain has also signed definitive agreements for the sale of two glass processing sites specializing in the production of double glazing in the United Kingdom," added the company, specifying to AFP to sell them to Clayton. Glass, a British glass manufacturer.

These two centers located in Motherwell (Scotland, near Glasgow) and Canterbury (south-east of England) generated in 2021 a combined turnover of around 20 million euros and employ around 80 people.

The two transactions should be finalized “by the end of the second quarter of 2022”, specifies the press release, and mark “the exit of Saint-Gobain from all its specialized distribution brands in the United Kingdom”.

An operation that is "in pursuit of the strategy of optimizing the profile of the Group", said the latter.

At the end of February, Saint-Gobain announced "record growth, results and margins" for 2021 - with a turnover of 44,16 billion euros and a net result which quintupled to 2,5 billion euros. euros-, driven by the economic recovery observed after the health crisis and the wave of housing renovation launched around the world to respond to the climate emergency.