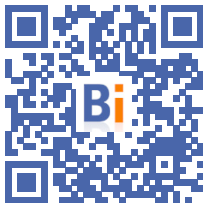 The French construction materials group Saint-Gobain has announced that it has signed an agreement to sell a majority share of its pipeline activity in China to a consortium led by the local management of this subsidiary.

"Saint-Gobain announces the signing of an agreement concerning PAM China, under the terms of which the group sells 67% of its pipeline activity in China", indicates a press release from the French group.

The transaction, the amount of which has not been specified, should be closed "during the summer". She values ​​the company at around 100 million euros.

PAM China, which has a production plant in Ma'anshan, in the east of the country, and employs nearly 1.100 people, last year generated an operating profit of 9 million euros for a turnover of business of 170 million euros.

Saint-Gobain will cease to control PAM China following this transaction. However, it will allow it "to maintain its link with the pipeline activity in Europe, within the framework of a long-term industrial partnership", underlines the press release.

The transaction is part of the group's portfolio “optimization” strategy, aimed at improving its “growth profile” and “profitability”.