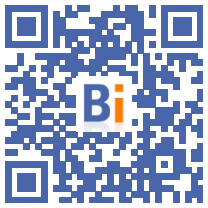 The French construction materials group Saint-Gobain announced in a press release that it had reached an agreement to acquire the American GCP Applied Technologies, specializing in construction chemicals, for an amount of 2 billion euros.

The deal covers "all of GCP's shares for a cash amount of $ 32 per share, which corresponds to an enterprise value of approximately $ 2,3 billion, or approximately € 2 billion." , is it specified.

GCP Applied Technologies is a "major global player" in construction chemicals, with approximately € 1 billion in annual sales, 50 production plants in 38 countries and some 1.800 employees. He specializes in particular in additives for cement, admixtures for concrete and waterproofing solutions for infrastructure, commercial and residential.

"GCP represents a unique opportunity for Saint-Gobain to establish a presence as a world leader in the growing construction chemicals sector", summarizes the group.

In this same sector, Saint-Gobain had bought Chryso last May, a French company specializing in additives for construction materials, for 1,02 billion euros.

"After the successful acquisition of Chryso, the acquisition of GCP is the logical next step allowing Saint-Gobain to expand its presence in admixtures and additives, which play a key role in decarbonising the construction industry" , underlines the French company in its press release.

"You will see an excellent year for Saint-Gobain in 2021, we will allow GCP to benefit from the gains on Saint-Gobain purchases," he added.

"Saint-Gobain is perfectly positioned to ensure the long-term success of GCP's activities and its teams," said Simon Bates, CEO of GCP.

The finalization of the transaction is subject to the agreement of GCP shareholders, the authorization of the competition authorities and the satisfaction of other conditions of use. It should take place by the end of 2022, according to the press release.