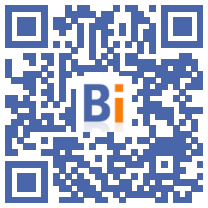 The French building materials group Saint-Gobain announced on Tuesday August 2 the issue of a bond loan of 1,5 billion euros, in particular with the aim of extending the average maturity of its debt, after several acquisitions this year.

The loan is divided into three tranches of 500 million euros, with different maturities (3, 6 and 10 years), with for the first time an indexation of the ten-year tranche on the group's objectives in terms of reducing its direct greenhouse gas emissions and its non-recycled production waste.

Saint-Gobain announced on Monday the finalization of the acquisition, for 928 million US dollars, of Kaycan, a North American family business producing and distributing building materials and exterior cladding, number one in cladding.

He had previously announced the acquisition of the French group Chryso and the integration of the American GCP Applied Technologies, with the aim of becoming the world's number two in construction chemicals to "decarbonize" this sector.

Last week, Saint-Gobain reported a sharp increase in net profit (+32,8% to 1,72 billion euros) in the first half thanks to good activity in renovation and construction and despite the weight of inflation. The group wanted to reassure on its objectives and the impact of rising prices, particularly on raw materials.