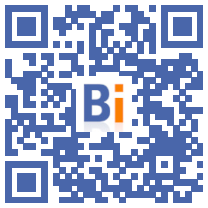 The French building materials group Saint-Gobain announced Wednesday, July 27 a sharp increase in its results in the first quarter, thanks to good activity in renovation and construction, and despite the weight of inflation.

Its net profit increased by 32,8% to 1,72 billion euros over the first six months of the year. Turnover increased by 15,1% to 25,48 billion, driven by renovation in Europe and construction in the Americas and Asia.

The results are "very good despite a relatively chaotic environment with rising inflation rates, the well-known supply difficulties and the tense energy and geopolitical situation", welcomed Benoît Bazin, the CEO, during the meeting. 'a press conference.

The group immediately confirmed its outlook. "Saint-Gobain confirms that it is aiming for a further increase in operating income in 2022 compared to 2021 at comparable exchange rates," he said in a press release.

Saint-Gobain has also revised the effect of inflation upwards, with energy and raw materials costs expected to increase by nearly 3 billion euros this year compared to 2021, compared to 2,5 billion expected before.

This revision concerns "rather the raw materials", specified Mr. Bazin. “We had been cautious, we had covered our energy purchases in advance for the year 2022: we are covered at 80% of our energy needs and we have already covered 60% of the year 2023. ".

Saint-Gobain also says it is "confident in its ability to offset inflation" this year, benefiting in particular from a "positive price-cost difference in the first half".

The group also indicates that it is preparing for a possible total cut in the Russian gas supply in the countries that are most sensitive to it: Germany, the Czech Republic and Poland.

The negative effect would be limited to “about 2% of group turnover” thanks to various levers (qualification of priority industry, use of fuel oil rather than gas, lower energy use in factories).