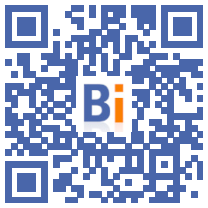 Caricatures of the time with their "glam 'room", dedicated to beauty and selfies, and their private airstrips, the stars' homes feed the imagination of architects: the villa Noailles, in Hyères (Var), devotes an exhibition to them until March.

"House of Superstars", scheduled until March 15, 2020 in this art center dedicated to architecture, design and fashion, wants to "reach both the general public and the experts", underlines one exhibition curators, architect Benjamin Lafore.

These houses, and their "caricatural, grandiloquent" architecture, with columns, white facades and azure pools, are customary for us, via photos from celebrity magazines or reality TV shows, he underlines.

In the exhibition, the visitor is first immersed in a room lined with aerial photos of these celebrities' houses, including that of John Travolta with its airstrips that serve the entrance. In an extract from an American program, Nicole Kidman shows her inside.

"These houses fascinate despite their poor architectural quality", but the meeting between a star and an architect can also be fruitful, underlines Mr. Lafore. Or "question and transform" representations of the world.

To show this, Villa Noailles presents a series of projects and constructions, such as the house designed (but not carried out) by Adolf Loos for Joséphine Baker, whose indoor pool with transparent walls must allow the body of the star to be seen from each floor. . Or a house entirely of wood, built on an island in New York State and bought by Calvin Klein, entirely "built for fun and community life".

The exhibition also gives carte blanche to young architects and designers, some of whom for example designed a house for Greta Thunberg, with agora to practice direct democracy, and natural soil.

The architect Octave Perrault, he imagined a house entirely optimized for the most influential "influencers" of Instagram, with monumental staircase and mirrors oriented so as to offer the most flattering funds for selfies.

Not far from reality: in the Calabasas district of Los Angeles, where according to his calculations 40% of the most followed instagrammers, including the Kardashian family, he worked for several months on the homes of these new stars.

The "walk-in closet", a dressing room to show the extent of your wardrobe, and the "glam 'room", dedicated to make-up, are often the most important rooms.