Roadsides, railways, and some agricultural land will be used to produce solar energy 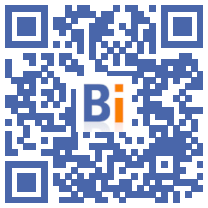 The edges of roads, railways, large car parks and certain agricultural land will be able to accommodate solar energy projects, so that France can meet the increase in its electricity needs, announced the President of the Republic on Thursday 22 september.

The renewable energy acceleration bill which will be presented to the Council of Ministers on September 26 will include a "land release" component, Emmanuel Macron said Thursday during the inauguration of the first French offshore wind farm, at the wide of Saint-Nazaire.

With the gradual abandonment of carbon energies to meet its climate objectives, France will "massively" increase its electricity needs, "by 40% by 2050", indicated the president to justify these projects.

"In the coming months and years, we will install more solar panels by identifying all the spaces that lend themselves to it, in town, on the side of the roads", declared Mr. Macron, also citing "large car parks" where the installation of panels "makes it possible to generate additional income".

Referring to the "decarbonization of highways", he estimated that "the edges of the highway" and the "sides of railway tracks" could also accommodate solar panels. “It helps to protect the beauty of the landscapes, while developing renewables,” he noted.

“I also want us to be able to move forward on agrovoltaism” – the installation of solar panels on agricultural land – which represents a “very significant potential for additional income” for farmers, he continued.

Mr. Macron, however, insisted on the need to provide "safeguards" to prevent electricity production from "not replacing" fields, meadows and herds, i.e. food production. .

"We know it's doable and we have to go much faster," he said. To this end, the government "must present an amendment to the bill before its passage in the Senate" to draw the conclusions of the recent "consultations" carried out with the Council of French Agriculture and young farmers, indicated the president.

Mr. Macron traveled to Outarville in Loiret on September 9 for the annual meeting of the Congress of Young Farmers (JA) "Les Terres de Jim".

In Europe, "our neighbors have gone much faster, especially in the north or in the south and all that is the edge of the Baltic Sea with a very strong strategy today and southern Europe in terms of “renewable energies”, he noted to justify the acceleration of these energies in France which must also relate to wind power at sea and on land.

The Environment and Energy Management Agency (Ademe) has identified a total of 843 industrial and urban wastelands likely to accommodate photovoltaic installations, indicates a recent circular, which AFP was able to consult. This was sent by the government to the prefects to organize load shedding in the event of a shortage of gas and electricity this winter and to accelerate the development of renewable energy projects.

"Simplifying, accelerating and finding areas to settle are all themes that we carry", welcomed the union of solar energy professionals Enerplan Thursday evening after the intervention of the president.

"Novelty is the important word: agrivoltaism, because we will have no other choice to achieve our objectives (climate and energy), and it is intelligent because it is useful for agriculture as well as for energy" , he added. “All of this is consistent with our expectations, we will have to see what happens next,” he nevertheless warned.