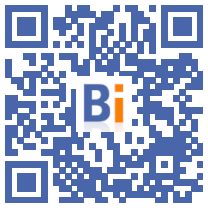 A growing number of European households, strangled by rising property and energy prices, are facing unpaid rents, according to a report published Thursday, June 30 by two associations, which are concerned about a possible increase in evictions.

"In the European Union, since the Covid-19 pandemic, 8,3% of poor households have found themselves in a situation of unpaid rent or mortgage repayment", a phenomenon which has increased by 20% between 2019 and 2020, say the Abbé-Pierre Foundation and the European Federation of National Associations Working with the Homeless (FEANTSA).

As a result, we can "fear, in the long term, an increase in evictions with significant social consequences", add the two associations in the 7th edition of their annual report on poor housing in Europe.

This risk is all the greater since the moratoriums on expulsions decided on a temporary basis due to the Covid-19 crisis "have gradually come to an end", and since the presence of millions of Ukrainian refugees "also risks increasing a already strong pressure on the services of assistance to the people in difficulty”, argue the authors of the report.

Many families, already weakened by the economic consequences of the pandemic, must now deal with rising energy costs and inflation. They are "caught between a rock and a hard place, between the pandemic and the purchasing power crisis", summarizes Sarah Coupechoux, in charge of European issues at the Abbé Pierre Foundation.

"This should alert us: to avoid a social bomb, EU states must take structural measures," she added, citing an increase in housing allowances and social minima, as well as a policy of supervision of rents and "fight against real estate speculation".

For the authors of the report, "it is essential not to reduce support for vulnerable households, as has been done" with European austerity policies, "but on the contrary to help them cope with the crisis in the cost of life", for example by drawing on recovery plans.

The fight against poor housing and homelessness must also be "aligned" with that against fuel poverty, underline the Abbé-Pierre Foundation and FEANTSA: renovations of poorly insulated or excessively energy-intensive housing must benefit the most worse housed, but with guarantees that this will not unreasonably increase their rent.