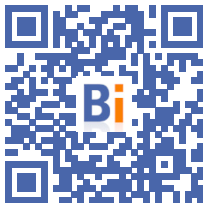 The Minister in charge of Housing, Emmanuelle Wargon, concluded on October 14 the eight months of discussions on the “Living in the France of tomorrow” approach by putting forward ten avenues of reflection and proposals on densification, land, affordable housing , the quality of housing, renovation or even off-site construction.

The Pôle Habitat FFB welcomes the announcements aimed at fully initiating the ecological transition with all stakeholders, at reclaiming city entrances, promoting dialogue between operators and communities to build more and better as well as regulating land to control the costs. On the other hand, he deplores the persistent stigmatization of individual housing on the grounds of errors in urban planning policies which belong to the past. This urban form has undergone many changes over several decades, both in terms of land sobriety, density and architectural quality as well as energy and environmental performance, with the use of biobased materials for example. And it is going against the aspirations of the French, widely recalled on October 14, to denounce individual housing as the source of all evils.

The Pôle Habitat FFB also regrets, at a time when collective housing is stuck in a severe supply crisis and where needs remain numerous in all territories, the first announcements concerning the tightening of the Pinel system (minimum surface area per housing typology, systematic presence of an outdoor space and double exposure from T3), especially since it occurs in a context where project leaders are already confronted with RE2020, EPR and a proliferation of escalating requirements (notably via local charters), ultimately sources of inconsistency as well as additional costs that will have to be taken care of. Alerts have already been sent on this subject, with the building sector already embracing many transitions and being fully committed to innovation.

For Grégory Monod, President of the FFB Habitat Pole, “The answers to the housing needs of the French must be found at the scale of each territory, that is to say, seek the right balance between the aspirations of our fellow citizens, economic constraints and responses to environmental challenges. It is difficult to understand the reasons that push to oppose individual and collective housing and to create the conditions for a new inflationary spiral in the cost of housing. Because it is both weakening home ownership and private rental supply to the detriment of housing needs and the residential path of households. "

The FFC asks Wargon to "Leave the French alone!" "

We now have a government that wants to tell us where to live and in what form! "The dream habitat of a single-family house with a garden is not sustainable" indicates Minister Delegate Emmanuelle Wargon. The FFC is outraged against such remarks made by a so-called ecological Parisian elite and yet very far from the territories, the inhabitants and their concerns.

Wanting to crowd the French into collective housing at the gates of metropolitan areas is also to disregard the majority of our fellow citizens, their desires, their wishes. It is also wanting to reserve “the dream” for the wealthiest social categories and leave social housing to others, as the only hope, since access to collective housing in Metropolitan France is inaccessible financially.

The culture of housing to which you are opposed is ancestral, it is that of our territories, our municipalities, our villages, it is the one that the FFC strongly defends and which is totally compatible with respect for the environment. and preservation of biodiversity.

The FFC is not defending a profession here, but the dream of the French and their freedom!

Damien hereng
President of the FFC