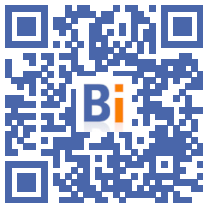 The new housing market picked up in the first half of the year after lockdowns, but it has not returned to pre-crisis levels, continuing a decline that began several years ago, the Federation of Real Estate Developers (FPI) reported on Thursday.

"We are far from any catch-up effect," confirmed Marc Villand, president of FPI Île-de-France, and CEO of the Interconstruction group, at a press conference.

With the health crisis, promoters' sales fell by nearly a quarter in 2020, but their difficulties are older. Indeed, their sales have been declining for several years.

The promoters point out in particular the reluctance of certain local elected officials to issue building permits. "We have a supply problem," said REIT chairman Pascal Boulanger. "The mayors must take back the pens to re-sign building permits," he continued.

While the number of building permits picked up in the second quarter (+ 5,2% compared to 2Q 2020), they have fallen by around a quarter over the past three years.

Price side, they continue to increase, especially in regions, but since 2020, they increase more slowly than those of old housing. "People are leaving Île-de-France to look for something else," confirmed Marc Villand.