Results of the Enedis CSA 2022 Barometer: "The French, mayors and energy sobriety in their municipality" 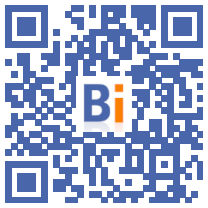 At a time when the French are called upon to make efforts to reduce their gas and electricity consumption and on the occasion of the Mayors and Local Authorities Fair which was held a few days ago, a real consciousness seems to have taken place in the territories.

A survey conducted by the CSA Research Institute for Enedis thus reveals that a large majority of citizens and local elected officials are now in favor of energy sobriety measures in their municipality to deal with the soaring prices of electricity. energy.

Energy sobriety is the top priority of mayors

To reduce energy consumption, the reduction of night lighting is a consensus.

Rural areas and small towns are at the forefront of the movement. In municipalities with less than 10.000 inhabitants, switching off public lighting after 22 p.m. is one of the first measures implemented by these town halls to reduce their energy consumption. According to ADEME [1], 37% of local authorities' electricity expenditure is based on public lighting.

The French nevertheless expect other additional measures from their elected representatives, in particular concerning the extinction of municipal signs (86%) or shop windows (85%).

As the end of year celebrations approach, the Enedis-CSA Barometer reveals that only 43% of French people are ready to give up Christmas lights in their town.

Acting on heating, an emergency for the French

The issue of heating is central to the approach of winter. A large majority of households (86%) would also like their town hall to put in place measures to promote the renovation of energy-intensive housing.

In towns with more than 30.000 inhabitants, the thermal renovation of housing ranks second among the priorities expressed by the inhabitants, just after the reduction of heating in public buildings.

The reduction in heating in public buildings (gymnasiums, administrative premises, etc.) is widely agreed upon.

On the other hand, less than one in three French people supports the closure of sports facilities or cultural places to meet the challenges of sobriety.

For mayors, a need for support and practical tools

Turn off the public lighting in one street rather than another, reduce the heating in the village hall or the gymnasium? How can you be sure that the choices are the right ones?

About the CSA barometer methodology for Enedis:

This qualitative and quantitative barometer was carried out on three representative samples: