Results of the 17th edition of the FPI's Golden Pyramids 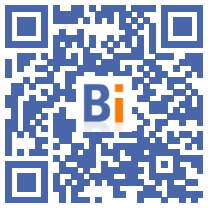 The Pyramids competition, organized in two stages, in regions and then nationally, by the Federation of real estate developers, aims to promote the most beautiful real estate programs of the members of the Federation throughout France.

Entirely renovated in 2016, under the leadership of Alexandra François-Cuxac, President of the FPI, the Pyramids are centered on the essential subjects of the Federation: innovation, quality, technical performance, aesthetics, responsibility in the conduct of operations, relationship -client and emergence of new talents. This year the competition was chaired by Jean-Louis Borloo, former Minister of State. The national award ceremony for the 17th edition of the competition was held on December 16, 2020, on Web Live TV and was opened by Emmanuelle Wargon, Minister for Housing.

"By applying for the most demanding competition in the sector, property developers who are members of the FPI have demonstrated their commitment to aligning their methods and programs with societal, digital and environmental transformations, changes in uses and expectations of their clients. Faced with an exceptional context, we did everything to maintain this competition, in the regions and at the national level, against all odds ... We were able to rely on our loyal partners, sponsors of each of the awards, our regional chambers and our members. "
Alexandra François-Cuxac, President of FPI France

The winner is: “Asnières SO HO” from COGEDIM and COFFIM in Asnières

The winner is: “Brazza - Les volumes capable” from EDEN PROMOTION in Bordeaux

The winner is: “L'Etoffe” from NACARAT and NODI in Villeneuve d'Ascq

The winner is: “Novadiem” from BOUYGUES IMMOBILIER in Toulouse

The winner is: “Origin” of the CISN Group in Saint-Nazaire

Election of the winner live during the Web Live TV broadcast. The participants of the award ceremony voted, live, among the following 3 programs, selected by the national jury of the Pyramides d'Or:

The winner is: "Le Bird" from KIC in Le Touquet,

The winner is: “Les Terrasses de Jade” from LP Promotion in Toulouse