Restructuring: fewer companies supported by the State in 2021 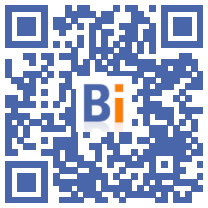 The Interministerial Committee for Industrial Restructuring (Ciri), which helps companies in difficulty with more than 400 employees, received 34 new files in 2021, compared to 70 in 2020 at the start of the health crisis, according to its annual report published on Tuesday 21 June.

The restructuring of companies can be spread over more than a year, the Ciri handled 82 cases last year representing more than 150.000 jobs, in particular because of "the extension of the duration of amicable procedures, decided during the crisis health" as well as "the complexity of certain files", specifies the report.

Of these files, 25 had a favorable outcome, representing 46.513 jobs, while 56 files weighing more than 100.000 jobs are still being processed and one file representing 1.750 jobs ended in failure, details the interministerial committee. .

Ciri's activity remains higher than before the crisis. In 2019, the committee intervened with 64 companies.

The first half of 2021, like the year 2020, had concentrated files from companies in the sectors most exposed to the health crisis: tourism, air transport and retail trade.

But "the second half of 2021 was marked by an increase in referrals to industrial files", reports Ciri, which specifies that these are in particular companies facing "problems in the supply of electronic components and inflation of the cost of energy and raw materials" even before the start of the war in Ukraine.

The Ciri offers free support to companies to carry out audits, intervenes to arrange their tax and social security debts and can exceptionally grant loans from the Economic and Social Development Fund (Fdes), but the intervention of the State as a lender must be done under conditions similar to those of private funders in order to comply with European rules.

Most often, Ciri's actions fall within the framework of prevention procedures (ad hoc mandate or conciliation) whose confidentiality is guaranteed by the Commercial Code.