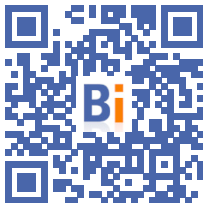 A fire that hit a restaurant in northeast China on Wednesday (September 28th) left 17 dead and three injured, authorities said.

The fire broke out shortly before 12:40 p.m. local time (04 GMT) in an establishment located in the large city of Changchun, capital of Jilin province, the local government said on the Weibo social network.

Videos posted on social media by Chinese media showed flames raging on the ground floor of a building and dense gray smoke billowing through doors and windows.

"The firefighters immediately went to the scene" and the rescue operations were completed around 15:00 p.m., the authorities' statement said.

"The injured have been sent to hospital and proceedings for the deceased have begun."

According to the press release, an investigation has been launched to determine the causes of the tragedy and one or more representatives of the restaurant are currently being heard by the police.

Mid-September, a spectacular fire had devastated a skyscraper 218 meters high in Changsha (central China). However, the incident did not cause any casualties, according to the firefighters.

In June 2021, in central Henan province, a fire at a martial arts school killed 18 people, most of them students aged seven to 16.

In 2017, two fires killed more than XNUMX people in Beijing neighborhoods inhabited by migrant workers from other provinces.

In 2010, flames tore through a 28-storey residential building in Shanghai, killing 58 people.