Residents of a slum in Rwanda denounce their "forced" eviction 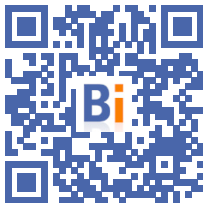 After years of resistance, the noose tightened this week on one of Rwanda's largest slums, in Kigali, where bulldozers went into action, and residents denounce forced evictions, without adequate financial compensation.

Thursday, the slum of Kangondo, nicknamed like others "Bannyahe" ("where I can defecate"), which adjoins some of the most chic neighborhoods of Kigali, was suddenly surrounded by the police. The latter prevented residents from coming and going, unless they moved permanently, while drones broadcast messages urging residents to pack up.

A deadline has been set for Sunday, while the residents, who have appealed to the courts, await a court decision by the end of the month.

"They told us we weren't allowed into the area. We've been sleeping outside since Thursday," a resident told AFP on Saturday.

Bulldozers razed buildings as desperate tenants scrambled to salvage what they could, grabbing sheet metal, bricks and furniture.

"Since Thursday, I can't go to work, I can't buy food or find drinking water for my children," a resident of Kagondo told AFP.

"I was held prisoner here, yet I have lived here for more than 20 years," she added, carrying her child while her husband cleared their belongings.

By Saturday morning, many families had packed their bags and were boarding buses and trucks intended to transport them to Busanza, on the outskirts of Kigali, where the owners were offered new accommodation.

"I don't want the houses they give us because they are small and ugly," a father of five told AFP.

"I want fair financial compensation. If they want my land, they should pay for it," he added.

Because the owners accuse the government of undervaluing their plots, while the tenants have been offered a maximum compensation of 30.000 Rwandan francs (30 dollars) to find temporary shelter.

The neighborhood is at the center of a long-running dispute between residents and the authorities, who have earmarked the area for development.

President Paul Kagame's government, criticized by human rights groups for ruling the country with an iron fist, has been working to modernize the East African country, with Kigali at the forefront. center of a multi-billion dollar infrastructure program.

The Busanza apartments were built by a former police chief turned real estate mogul, who is now looking to develop Kangondo into high-end housing developments.

Police spokesman John Bosco Kabera denied any use of force.

"There is no displacement or eviction by force. The exercise of relocating people is done smoothly," he told AFP.

Residents of Kangondo sued authorities in 2018, demanding better compensation, and a judgment is expected on September 29.

"Forcibly evicting residents before the court reaches a verdict is a clear violation of the laws," Innocent Ndihokubwayo, a lawyer representing the residents, told local media.

"If this continues, Rwanda will become like a lawless jungle," he warned.