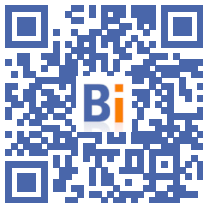 Prison sentences were required Monday before the Marseille Criminal Court against two owners qualified by the accusation of "sleep merchants", during a hearing dedicated to substandard housing in the second largest city in France.

Fifteen months' imprisonment, nine of which were suspended and a fine of 50.000 euros were demanded against Chadi Younes, 46, a Marseille osteopath who owns about forty homes, tried for endangerment, degradation of apartments for the purpose of '' to remove their occupants and for not having complied with its rehousing obligations.

On October 29, 2018, a week before the collapse of two buildings rue d'Aubagne, in the heart of Marseille, which had caused the death of eight people, the building owned by Mr. Younes had been urgently evacuated after the rupture a main beam and the fall of part of the roof.

Five tenants, who became civil parties, all described an unsanitary condition of the building and water runoff from the roof.

"The stairwell was starting to crumble, the owner promised to do work all the time but he just took the money," testified a former occupant of the building.

Chadi Younes ensures that he had the roof revised a year earlier but he did not produce the invoice, or even a certificate.

The president of the court Céline Ballérini opposed to the defendant a letter which he had sent fifteen days before the collapse of the roof to give immediate leave to all the tenants "following numerous problems of structures and water infiltration ".

"One can wonder if this does not testify that you were perfectly aware of the situation", noted the magistrate.

"He is not a faulty owner but behaves like a sleep merchant," insisted prosecutor Guillaume Bricier.

The defendant's lawyer, Me Christophe Jervolino, denounced the desire of the Marseille prosecutor's office to "make Mr. Younes an example".

"There is an unfortunate chain of events which leads to the distress of families but there is not always a person in charge," he pleaded.

During this hearing, six months in prison and a fine of 10.000 euros were also required against an owner judged for endangerment.

Living in the Paris region, Georgette Tohouo, 60, acquired in 2007 two apartments in a degraded building in the 3rd arrondissement of Marseille, one of the poorest neighborhoods in Europe.

On November 22, 2018, the floor of one of his apartments had collapsed and the toilet had passed through. It had not carried out the necessary work and was only partially paying its co-ownership charges.

"In this typical case of indolence in the service of profit, Ms. Tohouo was negligent from A to Z, typically behaving like a sleep merchant," said the prosecutor.

This owner has already been sentenced by the Paris Court of Appeal to two eight-month suspended prison terms for submitting vulnerable people to substandard housing conditions.

His lawyer called on the court "not to make it a symbol of the fight against substandard housing".

Since the fatal collapse of the two buildings rue d'Aubagne, justice has launched several investigations against this scourge in Marseille. Some 100.000 people are reportedly housed in slums in this city of 860.000 inhabitants, according to the Abbé Pierre Foundation.