Reproduction and exhibition of the framework of Notre-Dame in Pantin 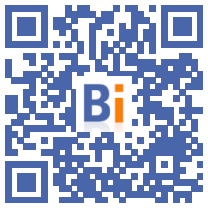 The reproduction of a segment of the frame of Notre-Dame, carried out by apprentices of the Compagnons du Devoir, has been on display since Tuesday and until Thursday in Pantin, the training center announced in a press release.

5 m long and 7,50 m high, this model, at 75% of actual size, is composed of two of the 13 "trusses" of the cathedral nave, these triangular beam structures intended to carry the very heavy lead cover.

Made from 18m3 of raw oak, the model, displayed on the edge of the Ourcq canal, is intended "to visualize what the famous + forest + of the cathedral looked like before it burned", underlines the association.

About fifty apprentice carpenters have worked for several months, as part of an educational project, using some of the methods used when the frame was installed in the nave, between 1220 and 1240.

In addition, the Compagnons du Devoir will offer workshops for children and adolescents to help them discover some of their professions as carpenters, stonecutters and roofers.

"These trades offer many job prospects, it is necessary to allow the young people to see them and to practice them to make them want to orient themselves in this way", underlines Jean-Claude Bellanger, secretary general of the Compagnons du Devoir.