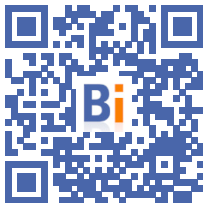 Presented in streaming, in front of 800 participants, the THD 2020 Observatory set up by InfraNum, with the support of the Banque des Territoires and in partnership with Avicca, concludes with France's leadership in Europe for its fiber deployment and for the appetite of THD subscribers.

In a few years, a real industrial sector has become established and has achieved an unprecedented feat. But the one that was running at full speed a few months ago was hit hard by the health crisis linked to the Coronavirus.

Also, the industrialists appeal to the State so that this one supports, within the framework of its plan of revival awaited next September, this essential sector for the life of the citizens, the economic growth and employment in France. Minister Julien Denormandie and the president of Arcep, Sébastien Soriano were questioned on this subject.

The Covid crisis turned the industry upside down. The EY / Tactis impact study commissioned by InfraNum and the results of which were presented on June 15, shed new light on the THD Annual Observatory, the result of a qualitative survey conducted with a representative panel 120 companies in the sector interviewed at the start of the year. Conclusion: a large amount of data has been readjusted compared to the 2019 edition and points of vigilance are highlighted.

To be sure, the 2022 Plan France THD objective will be difficult to maintain because we have to deal with the delay linked to Covid-19 and integrate the real growth in the housing stock:

The Covid crisis having demonstrated the importance of THD everywhere in France for the maintenance of public services, economic activity and social ties, the recovery plan for the sector must give itself the ambition of generalizing fiber for 2025.

This is why the Infranum federation calls for:

Starting from scratch, the sector has managed to build a powerful dynamic of training and integration. In 2019, training centers were 95% occupied. In 2020, the works and DSP contracts will have represented 9 million hours of social integration, including 1,8 in training.

If the mobilization is general on this theme, "a communication campaign signed by the State and encouraging job seekers to take an interest in the fiber trades seems today essential to maintain the course of 2022, where the sector will reach its peak at 30.500 direct jobs "explains Hervé Rasclard, general delegate InfraNum.

France, the most fiberized but least digitized country

Recurring subject but no less sensitive: the delay of French companies to start their digital transformation. Despite progress in deployment, France only comes in 17th place in terms of business digitization. With obvious effects on the competitiveness and the future of our economy.

According to Etienne Dugas, President InfraNum “the account is not there! The Arcep market analyzes must finally draw the necessary conclusions and lead to major changes in regulations. ”

Far from being obsolete and as they soon expire, the federation indicates that first generation RIPs play an essential role in this regard, and to a lesser extent in smart territories projects.

Regarding the latter, the diversity of projects and the future challenge they represent drive InfraNum and Avicca called for a national smart plan based on a logic of public / private partnership and real collaboration between the different territorial levels .

With a structured and mobilized sector, France is in the lead for its fiber deployments in Europe and for the rate of growth of its FttH / B subscriber base (+1,9 million in 4 years). She can then afford to seriously consider exporting her “French model”. 88 million outlets would be deployed at its doors, in the UK, Germany, Poland and Italy alone. And after Europe, Africa, North America ...

Big development challenges for the actors of the sector whose French activity will be significantly different after 2025 and who will have known, thanks to the support of the State, to recover sufficiently from the crisis which has just hit them.

The round table that followed the presentation of these results provoked many reactions, but all the players agreed to confirm their commitment to the France THD Plan and the success of its 3 milestones: 2020, 2022 and 2025.

Sébastien Soriano, President of Arcep also warned that "The regulator will not tolerate any questioning of the calendar without valid justification".

Patrick Chaize, President of Avicca did not hesitate to hammer "It takes 100% THD, that is to say the same access for all and on all territories. No alternative is possible, especially since some departments have already proven that it is possible ”.

Julien Denormandie, Minister to the Minister for Territorial Cohesion and Relations with Local Authorities, in charge of the city and housing commended the work already carried out and confirmed the political will to keep France at the head of digital deployments in Europe and to include it in the ambition of the Gigabit society by 2025. To do this, “the government recovery plan expected in September must contain a very strong part on digital, not only on the generalization of networks , but also on the handling and control of uses, in particular on the part of companies. ”

An outstretched hand, which joins that of Antoine Troesch, Investment Director of the Banque des Territoires, Caisse des Dépôts Group: “The Banque des Territoires, already strongly mobilized on the financing of RIP networks (60%), will bring the funding necessary to reach the goal of 100% THD ”. An opening to set up the famous industry fund, requested by the InfraNum federation to strengthen the equity of players in the sector and in particular VSEs / SMEs ...

Faced with these commitments, Etienne Dugas is delighted “If all the operational obstacles are removed - national address base, joint support, Stoc mode, risers, employment, etc., the 2022 objectives are still achievable. Will they be? "

On July 2, during the THD (Maison de la Chimie - Paris) Assizes, the latter will present to the Minister his recovery plan for the sector, that is to say, the precise and quantified measures to be integrated into as part of the government's stimulus plan, which alone will help achieve the initial objectives.