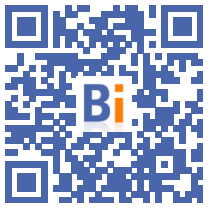 The rents of nine cities of Seine-Saint-Denis, including Saint-Denis, Aubervilliers and Saint-Ouen, will be capped from June 1 for bare and furnished rentals in the private park, according to a prefectural decree signed Thursday.

As part of the Elan law of 2018, this decree of the prefecture of the Île-de-France region defines the terms of the rent control which will apply on an experimental basis on the territory of Plaine commune. , who had requested it.

"The acceleration of urban changes and the strengthening of the attractiveness of the territory of Plaine Commune (...) could contribute to fueling inflationary pressures on the rents of the territory", indicated in a press release the prefectures of Île-de. -France, Seine-Saint-Denis and Plaine Commune, which notably cite the 2024 Olympic Games and the Grand Paris Express.

The cap will apply from June 1 for new accommodation, lease renewals and mobility leases.

An interactive map allows to know the reference rent of a dwelling, in particular according to its age and its location.

A margin of maneuver of 20% upwards and 30% downwards in relation to the reference rent is authorized.

At the end of 2020, only Paris and Lille benefited from such rent control. But several metropolises - notably Bordeaux, Lyon and Montpellier - and Ile-de-France intercommunalities applied to join the system at the end of last year.