Renovating all the buildings, how much does it cost? 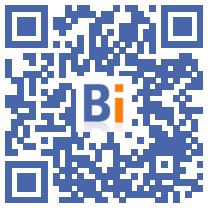 On Monday, the deputies adopted, against the opinion of the government, an environmental amendment adding to the draft budget 2023 some 12 billion credits for the energy renovation of buildings.

Strongly supported by the Last Renovation collective, which demonstrated on Wednesday with other associations in front of the National Assembly, the amendment was however rejected in the final version of the text.

How much are we currently spending?

According to estimates by the Institute for Climate Economics (I4CE), all investments, public and private combined, for the renovation of buildings in 2021 have climbed to 19,9 billion euros.

On the state side, the main aid, MaPrimeRénov ', will see its budget increase to 2,6 billion euros. Other aid, less significant (energy savings certificates, business aid, etc.), completes it.

These investments are crucial for meeting France's climate commitments, with buildings and their use accounting for more than a quarter of its emissions.

How much is it going to cost?

According to the I4CE, it would take 33,4 billion per year until 2050, to be in the nails of the National Low-Carbon Strategy.

This strategy, a new updated version of which is to be published in the coming months, provides that by 2050, all buildings will have to reach the BBC standard (low-consumption building), ie a consumption of 50 kilowatt hours per square meter per year. Roughly equivalent to a B energy label on a scale from A to G.

However, for the time being, the only incentive present in the law consists in gradually prohibiting the rental of the worst-classified properties: Gs in 2025, Fs in 2028 and Es in 2034.

According to calculations by the National Real Estate Federation (Fnaim), eradicating the entire fleet of classes E, F and G would already cost 258 billion euros.

Most of the cost (70%), points to its president Jean-Marc Torrollion, comes from individual houses... but they are little affected by the ban on renting since the majority of their occupants are owners.

Why is it hard to count?

Behind these estimates, however, the invoice remains very difficult to establish.

Firstly because it is complicated to establish a "standard" cost for a renovation, the term encompassing a thousand different realities.

"Depending on the nature of the materials, the scale of the task... it can go up very quickly, with small spaces requiring more resources than large spaces. The heritage character of a building can also lead to an increase in costs,” he says.

And the prices of building materials have exploded since 2020, under the effect of confinements and then the war in Ukraine.

Last difficulty: the work is more effective, and less expensive, if they are all done at once. But this solution is too rarely used, points out Maxime Ledez of I4CE, because "often, the household has to leave their home; whereas when we do a renovation by gestures (step by step, editor's note), the household can continue to live in his home. It is also practicality, the social cost", which comes into play.

Is it just a money problem?

No, as Prime Minister Elisabeth Borne pointed out, to justify her rejection of the additional 12 billion.

"Energy renovation also involves construction workers, whom billions of euros in the PLF (finance bill, editor's note) will not make it possible to train or make available with a wave of a magic wand", added she said Wednesday in front of the hemicycle.