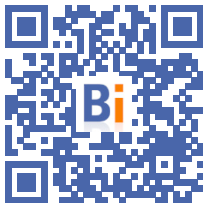 The German group Siemens Energy announced on Wednesday May 18 its intention to buy back all the missing shares of its problem subsidiary Siemens Gamesa, a specialist in wind power, with a view to withdrawing it from the stock market.

The management of Siemens Energy "considers a cash offer for all the shares in circulation" of Siemens Gamesa - of which it holds 67% of the capital - with "the intention of an exit from the Stock Exchange" of this entity, according to a press release .

The result of said reflection "remains open" and "no decision has been taken" to date, concludes this press release published after the Bloomberg agency revealed the existence of the project on Wednesday.

In the minutes that followed this press information, the Spanish stock market policeman announced the temporary suspension of the title of Siemens Gamesa on the Madrid stock exchange "due to circumstances likely to disrupt the normal course of operations on the securities" of the manufacturer of onshore and offshore wind turbines.

Reintroduced to trading since, the title Siemens Gamesa gained in the morning more than 11% in Madrid, while Siemens Energy rose by nearly 4% in Frankfurt.

Siemens Energy, which brings together the construction of electric turbines and energy transmission, has recently suffered from the poor financial performance of Siemens Gamesa.

This forced Munich to revise its overall forecast for 2022 in April, after the heavy first-quarter loss unveiled earlier by its Spanish subsidiary due to rising costs and a lack of competitiveness.

By integrating 100% of this entity struggling with its Danish rival Vestas, Siemens Energy could simplify its financial communication and hope for more internal synergies in projects related to wind power.

Siemens Energy will hold an investor day next Tuesday in Berlin which could provide more details on this project.