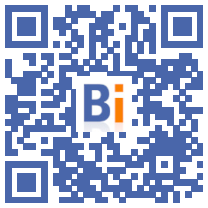 For this text, already adopted after alterations at first reading by the Senate and in committee by the deputies, the government hopes above all to convince the left, given the strong reluctance on the right.

France, which has long relied on the power of its nuclear fleet, generated a quarter of its electricity in 2021 with renewables, a lower share than elsewhere in Europe.

But to the climate emergency, the war in Ukraine is now adding the threat of a "blackout", making it necessary for the government to change scale.

For 2050, President Emmanuel Macron has set himself the objectives of multiplying by ten the production capacity of solar energy to exceed 100 GW and to deploy 50 wind farms at sea to reach 40 GW.

It takes on average in France 5 years of procedures to build a solar farm, 7 years for a wind farm and 10 years for an offshore wind farm.

The text provides for temporary adaptations of administrative procedures to simplify and speed up projects. With the objective "to halve the deployment time", pleads the Minister of Energy Transition Agnès Pannier-Runacher.

In committee, however, the deputies inflicted a setback on the government by deleting an article used to limit certain appeals.

According to the initial text, a "declaration of public utility" could amount to recognition "of the imperative reason of major public interest" (RIIPM), necessary for certain projects. Environmental deputies, LR and RN had criticized a threat to the preservation of biodiversity, by limiting appeals.

The government intends to reintroduce this article.

The Senate adopted in session a compromise built with the government, and which replaces a right of controversial "veto" on this or that project, which had been voted in committee.

The municipalities will be able to bring up - in a "bottom-up" planning system - the areas where to accelerate renewable energy projects. For the phase of application of these "priority" or "conducive" zones, an assent from the mayor will be required.

But this compromise accepted by the senatorial right does not convince their LR counterparts in the Assembly, determined to reintroduce a "right of veto" for mayors, for places outside these priority areas.

It aims to progressively equip outdoor car parks of more than 2.500 m2 with photovoltaic shade structures and vegetation.

The wind takes to the sea

The bill proposes to pool public debates on the location of offshore wind farm projects "to improve spatial planning" and accelerate their development.

The Senate evacuated in session the provision adopted in committee which planned to privilege the zones of establishment located at a minimum distance of 40 km from the shore.

But the LR deputies will again defend "the ban on building wind turbines at sea less than 40 kilometers from the coast", warned their leader Olivier Marleix.

The bill establishes a system of "territorial sharing of the value of renewable energies" in order to facilitate their acceptability.

This sharing would concern the "residents" and the municipalities concerned, through discounts on invoices.