Renewable electricity: the State announces a guarantee fund for industrialists 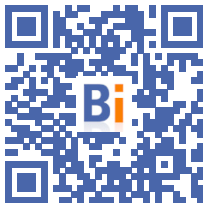 Bruno Le Maire, Minister of the Economy, Agnès Pannier-Runacher, Minister of Energy Transition, and Roland Lescure, Minister Delegate in charge of Industry, announce the implementation of a guarantee fund aimed at encouraging the conclusion long-term electricity supply contracts (PPA) based on renewable energies for industry.

By covering the default risk of the industrial buyer, this fund aims to guide the development of renewable electricity producers towards the conclusion of long-term contracts with industrialists. These contracts will make it possible to secure part of the cost of supplying decarbonized electricity to manufacturers and will give them greater visibility over the long term.

The system concerns all electrical renewable energies and will be operated by Bpifrance with the aim of securing the first contracts in 2023. The fund will already be sized to be able to secure contracts representing up to 500 MW of power. installed capacity, i.e. a volume of production equivalent to the consumption of a city like Bordeaux. It could be strengthened to support the dynamic development of PPAs contributing to the stability of supply costs for manufacturers and their decarbonization.

France has set itself the ambitious goal of achieving climate neutrality by 2050. A full and complete energy transition will be necessary to achieve this. The deployment of electricity generation technologies from renewable sources is therefore set to accelerate and these energy sources will represent a significant part of the French electricity mix.

This trend constitutes a unique opportunity to make the transition of the energy mix a lever of competitiveness and attractiveness of the national territory. These technologies are becoming a lever enabling French industry and renewable developers alike to hedge themselves at least partially over the long term, via PPAs, against variations in the prices of the carbon, fossil fuel or electricity markets.

Some renewable sectors are already reaching a level of maturity that opens the way to a gradual transition from public support to increased use of private financing levers. The conclusion of supply contracts would benefit renewable electricity producers over the long term, who would thus secure a given level of income, and industrial consumers who would have visibility and stability on part of their supply costs. Such an opportunity for industrial consumers takes on its full meaning in the current economic climate, with energy prices, and in particular electricity, reaching unprecedented levels.

However, this type of contract remains uncommon in France. In order to realize our collective ambition, the Government has decided to initiate work aimed at analyzing all the levers that can be mobilized to develop this market and direct it towards manufacturers. The main obstacle identified by the working group steered by the Directorate General for Enterprise and the Directorate General for Energy and Climate, in association with players in the sector, is counterparty risk, i.e. for the producer to see his buyer structurally and permanently default.

The Government has decided to implement the recommendations made by this working group and to entrust Bpifrance with the implementation of a system guaranteeing producers of electricity from renewable sources that a portion of their income differences by the loss of their industrial counterpart will be covered by a guarantee fund. This system will ultimately make it possible to give credibility to renewable energy developers to resort to deployment via private supply contracts in the face of the existing framework of direct public support. In addition, the terms of the compensation granted to contracts in default will operate on a mode similar to additional compensation. This fund will be self-funded by the premiums paid by the guaranteed contracts and the recovery of part of their excess income in the event of high market prices.

Given the energy crisis we are currently going through, the government wanted to speed up the implementation of this system and asked Bpifrance to implement it with the aim of securing the first contracts in 2023 for contracts that could represent up to 500 MW of cumulative installed power, i.e. a production volume equivalent to the consumption of a city like Bordeaux. This dynamic will of course be intended to continue thereafter so that this system becomes an important catalyst for the emergence of PPAs concluded with manufacturers.

For Bruno Le Maire, Minister of Economy, Finance and Industrial and Digital Sovereignty: “The launch of this guarantee is fully in line with our green reindustrialization strategy, in a “win-win” logic: beneficial for the climate and beneficial for carbon-free industry. Indeed, long-term electricity supply contracts (PPA) constitute a double opportunity. On the one hand, for producers of electricity from renewable energy (ENR), these contracts represent a new way of development, by securing their income over time. On the other hand, these contracts allow manufacturers to hedge against the volatility of the electricity markets while having access to affordable and carbon-free energy. »

For Agnès Pannier-Runacher, Minister for Energy Transition: “I welcome the implementation of this guarantee fund. This is a major step forward which will make it possible to remove one of the main obstacles to the development of long-term energy supply contracts, in particular between producers of renewable and low-carbon energy and industrial customers. This system is complementary to the measures that we are taking in favor of PPAs within the bill to accelerate renewable energies, in the service of the exit from fossil fuels and our industrial competitiveness. »

For Roland Lescure, Minister Delegate for Industry: “In the current context, French industry needs to project itself, stabilize and secure competitive energy prices to provide prospects for its employees and investors. On the other hand, our climate ambition requires us to go much faster on renewable energies, for which I wish to develop more French and European sectors. This guarantee system is at the crossroads of these two structuring issues for the economy and the climate. I call on large industrial consumers of electricity to seize it and producers of green energy to meet demand. Our ambition is there, and it is only the beginning. »