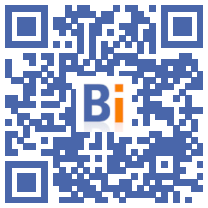 The presidents of the Democratic Republic of the Congo Félix Tshisekedi and of Uganda Yoweri Museveni have launched road works on the border of the two countries on the Congolese side, in an area under the threat of the most formidable of the armed groups active in the east of the DRC.

The Congolese president welcomed this "project to build the road from Kasindi to Butembo (via Beni in the Congolese province of North Kivu)" alongside his counterpart during their meeting at the Mpondwe-Kasindi border post.

"I know that this is a project which, when it comes to fruition, will increase trade between our two countries," he added, referring to the "fight against insecurity", without giving further details.

President Museveni wished Congo "good luck" during the ceremony to launch paving works on the Kasindi-Beni-Butembo road, which is to be extended to Goma.

In the far east of the DRC, the region between Kasindi and Beni is the target of attacks by the Ugandan armed group of the Allied Democratic Forces (ADF).

"The Kasindi-Beni axis is often used by the ADF to set up ambushes against vehicles and motorcycles belonging to traders," said the presidency in a statement.

Originally the Ugandan Muslim anti-Museveni rebels, the ADF installed in eastern DRC since the 90s have not threatened Kampala for years.

On the other hand, they massacred civilians on the Congolese side, by securing food, medicine and cocoa plantations.

The ADF is a "terrorist organization" affiliated with the Islamic State group, the United States declared in April. Their degree of affiliation is debated among experts.