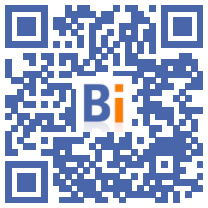 The French renewable electricity producer Voltalia announced Thursday, November 24 the signing with Renault of a solar electricity supply contract for a power of 350 megawatts, which will allow the car manufacturer to cover half of its electricity consumption in the long term.

This solar electricity supply contract, valid for 15 years, should enable Renault to eventually cover half of the electricity consumption of its French factories, with a power of 100 megawatts from 2025 which will increase to 350 megawatts in 2027.

Voltalia believes that this is the largest renewable electricity supply contract ever signed in France between an electricity producer and a customer company.

“Today we are taking a strategic step in our goal to achieve carbon neutrality in our factories,” Renault chief executive Luca de Meo said in a statement.

The objective for Renault is in particular to achieve what the group calls carbon neutrality by 2025 in its ElectriCity division (Hauts-de-France), a commitment that covers the site's direct emissions, at the exclusion of indirect emissions. The three factories of this pole must produce 500.000 electric vehicles per year, including the future Renault 4 and 5.

To achieve this, the group has also signed a contract with Engie to supply its Douai (North) site with geothermal energy. At the end of 2023, the energy company will begin drilling work to draw hot water (at 130-140°C) from a depth of 4.000 meters, to heat the plant and the machines and replace the gas at 70% , or produce electricity.

As part of a third contract, the EDF subsidiary Dalkia will install a biomass boiler and heat recovery systems in the Renault plant in Maubeuge (North). With a power of 15 megawatts, this boiler should cover 65% of the plant's gas needs by 2025.

Renault wants to halve the carbon emissions of its sites worldwide by 2030, compared to 2019.

The group has already signed an agreement in 2021 with Iberdrola in Spain, to supply its sites there with 100% renewable energy.

The vast majority (98%) of a car manufacturer's emissions come from indirect emissions called "Scope 3", i.e. essentially from the use of cars, according to calculations by the NGO Transport & Environment . But these emissions drop sharply for electric cars: the manufacture of the battery represents a third of the carbon footprint of an electric vehicle.