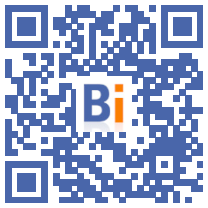 After obtaining a postponement of the abolition of the GNR, announced to January 2023 by the government on May 25, an initiative, not concerted at the National Assembly on June 11, of certain LREM deputies advanced this postponement to July 1 2022, reducing by 6 months the 18-month deadline decided by the government.

After months of consultation and actions by CNATP and CAPEB, the government finally committed on May 25 to postpone the elimination of Non-Road Diesel (GNR) for 18 months in order in particular to take into account the consequences of the health crisis on the situation of the companies concerned, moreover confronted with pressures on the price of raw materials and / or their shortage.

The 2021 amending finance bill was proposed in this sense to the National Assembly on June 2, which the CAPEB and the CNATP had welcomed. The project was, in fact, faithful to the announcements made, through the government amendment n ° 479 which clearly indicated a postponement to January 1, 2023.

As part of the examination of the 2021 amending finance bill, some members of the majority have nevertheless taken the initiative to reduce this postponement by 6 months. A sub-amendment was therefore presented on behalf of the LREM group and adopted on 11 June.

These LREM deputies have therefore decided to substitute the date of "January 1, 2023" in the amendment presented by the government by that of "July 1, 2022" with the argument: "In order to meet ecological ambitions at the heart of the concerns of our fellow citizens , it seems necessary to us to be more demanding and to set this entry into force for July 1, 2022 ”.

It is interesting to note that, following the joint CAPEB / CNATP reaction, many parliamentarians of the majority (who had given their power in view of the health situation and were therefore not in the hemicycle) contested this sub- amendment and expressed their total disagreement with the 6-month planer.

For CAPEB and CNATP, the fight for cleaner energies is totally legitimate. But, when there is no short-term alternative, it is inconsistent!

Let us recall, first of all, that the replacement of the GNR by a road diesel is not ecological, it is only a difference of color and especially of tax.

Bringing the elimination of RNG forward by 6 months is not environmentally friendly either, since this elimination cannot encourage construction companies to use other, cleaner energy insofar as there is no operational alternative!

It should also be remembered that this 18-month period is essential for the implementation of the two government commitments that could not be met on July 1, 2021: on the one hand, the provision everywhere in France of a specific construction fuel and on the other hand, the establishment of the list of machines which will have to use this fuel.

It is also a necessary time to be able to have cleaner fuels and to allow manufacturers to offer alternatives in terms of vehicles and construction equipment.

The CAPEB and the CNATP ask the Senators who will examine this PLFR from June 23 in Commission and July 1 and 2 in public session to reconsider these provisions.

To this end, the CAPEB and the CNATP sent the Senators a draft amendment concerning the provision relating to the GNR in the PLFR 2021 proposing to return to the initial date of application of the measure on January 1, 2023 as announced by the government.

In any case, when the PLFR returns to the National Assembly for a second reading, the CAPEB and the CNATP will again sensitize all the Deputies so that the postponement of the abolition of the tax exemption on the GNR is well 18 months, not a year.