Candidate for regional in Ile-de-France, Valérie Pécresse wants to take over the management of the ring road 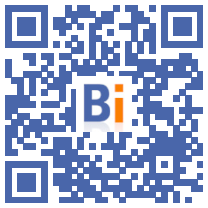 The president of the Ile-de-France region Valérie Pécresse, candidate for a second term, says she wants to recover the management of the Paris ring road, owned by the City of Paris which plans to reserve a lane for certain vehicles after the 2024 Olympics.

"The City plans to remove a lane on the Paris ring road" while "40% of journeys are suburb-suburb. This infrastructure is a regional infrastructure, it cannot remain solely the property of the town hall of Paris" , said Thursday Ms. Pécresse (Libres !, ex-LR) during the presentation of her program for transport, key competence of the region.

"The region could repair this scar which separates Paris from the inner suburbs", assured Ms. Pécresse who will launch in the fall, if she is re-elected on June 20 and 27, the revision of the Ile-de-France urban travel plan. France (PDUIF), the latest version of which was approved in 2014.

For this revision, she says she wants to organize "a regional referendum" whose question will be: "for or against the removal of a lane on the ring road?"

According to a study carried out by the town hall, users of the Paris ring road are overwhelmingly hostile to the changes - lowering the speed, removing lanes - envisaged by the socialist mayor Anne Hidalgo, who wants for the 2024 Olympics to reserve a lane for participants . This path could then be kept for car-sharing and public transport.

"Agree for an Olympic route dedicated to the Olympics, but not to the sustainability of this route" for buses or carpooling, summarized Ms. Pécresse for whom imagining buses on the ring road is "surreal" and "completely duplicated" with the parallel tram on the boulevards of the marshals. As for carpooling, "it will work especially over long distances" but "it will be very difficult to organize it on the ring road," she said.

Valérie Pécresse presented a transport investment program amounting to 24,6 billion euros, "most of which will be devoted to major projects": extension or automation of lines, new lines, renewal of trainsets or even projects of cable car.

The outgoing president has planned a budget of 150 million per year to finance a ticket at 4 euros maximum for "any travel on the Ile-de-France network", a measure of "justice, especially for the outer suburbs".

Ms. Pécresse also wants to double the fleet of Véligo electric bikes from 20.000 to 40.000 units. She says she wants to maintain the premium of 500 euros for the purchase of an electric bicycle, already granted to 500.000 Ile-de-France residents, and wants to create 40.000 secure parking spaces for bicycles in stations by 2025.

Another project consists of the construction of a "RER bicycle", that is to say 680 km of cycle paths financed at 60% by the region.