Redemption of RTTs, a boost or a stroke of the penknife? 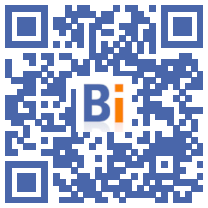 A boost to purchasing power or a 35-hour pocket knife? The conversion of RTT into additional remuneration, voted Thursday, August 4 by Parliament, aims to increase the income of private sector employees but the unions are alarmed by an implicit increase in working time.

What are we talking about ?

Carried by the presidential majority, the Republicans (LR) and the National Rally, the measure authorizes private companies to offer their employees to convert their days of reduced working time (RTT) not taken into remuneration.

Monetized, these RTTs are "paid as overtime", indicates the Ministry of Labor, and are exempt from all contributions and taxes.

If the employer agrees, the employee can monetize as many RTT as he wishes.

"The logic of the measure is to allow the employee to work more and thus increase his remuneration", specifies the entourage of the Minister of Labor Olivier Dussopt.

This logic is reminiscent of the "work more to earn more", slogan of Nicolas Sarkozy during his election in 2007, who already defended the redemption of the RTT.

The government wanted to limit this device to 2023, the LR senators wanted to make it permanent. Ultimately, redemption will be possible until the end of 2025.

Not all employees will be eligible. The measure only applies to private sector employees who have neither a work-time account (CET) nor a day package, according to the Ministry of Labor.

The CET, in the companies where it is applied, allows employees to save their days of rest not taken and to earn, in the long term, a remuneration.

While with the day package, private sector employees can ask their employer – who ultimately decides – to swap their RTT for a salary increase.

And on the side of the public service, the 5,6 million employees already have "CET devices and therefore possibilities of monetization", recalls the cabinet of Olivier Dussopt.

With this reform, all employees benefiting from RTT will thus be able, in one way or another, to monetize these days.

According to data from the Ministry of Labor dated 2011 (latest figures provided), among private sector employees who are not on the daily package, 45% have RTT in addition to their 25 days of paid leave.

On average, the French indicated in 2015 that they had 33 days off per year (paid leave, seniority leave and RTT).

What do the unions and the Medef think?

During the presidential campaign, the first employers' organization, the Medef, called for the takeover of RTT to be extended to all private sector employees to "significantly improve the purchasing power of employees".

“The implementation of this device is quite simple, especially for VSEs-SMEs”, advances to AFP a spokesperson for Medef. This project "responds to an expectation" of private sector employees who could lose days of RTT, without compensation, when they could not ask them, he assures.

But this device arouses the ire of the unions who deplore a "stroke of the penknife" in the regime of 35 hours per week.

The link between takeover of RTT and increase in purchasing power is "dangerous", worries Vincent Gautheron, at the executive commission of the CGT. "Employees will see the RTT as a potential source of income and give up the extra time to rest," he adds to AFP.

For Frédéric Souillot, secretary general of FO, "constantly invoking the objective of full employment while making those who already have a job work more is a paradox!".

FO also points to the shortfall with the exemption from any social charge when buying these RTTs. "It's a net loss for the Social Security funds", regrets Michel Beaugas, confederal secretary of FO.

CFTC President Cyril Chabanier fears that "companies (say) that they do not need to increase wages, since employees (can) buy back their RTT". "The negotiations are already difficult, but this measure will further encourage companies to increase wages at a minimum."