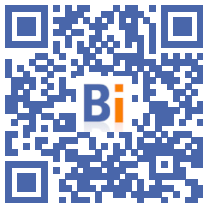 The companies Recylex and Retia were ordered to pay SNCF Réseau up to 63,3 million euros for the rehabilitation of the public railway domain in the Estaque sector in Marseille.

In 2018, SNCF Réseau seized the administrative court of Marseille to claim compensation of 63,3 million euros from Recylex and Retia, considering that their activity was "at the origin of the pollution affecting the public railway domain on the Estaque site "and requiring" comprehensive rehabilitation work ".

The public company requested in particular the repair of two tunnels located under brownfields belonging to these companies.

In a judgment dated May 26 - unveiled by the local news site Marsactu and consulted by AFP - the court ruled SNCF Réseau "justified in requesting the joint condemnation of the companies Recylex and Retia (a subsidiary of Total) against it provisionally pay "the sum of 5,7 million euros.

The two companies will subsequently pay "at a frequency to be defined by mutual agreement with SNCF Réseau, successive payments which will be claimed from them by SNCF Réseau" as and when funds are called "within the limit of the amount. valued at 63,3 million euros ".

Recylex, a specialist in metal recycling, said in a press release Wednesday that it would appeal this decision, specifying that "the appeal does not automatically suspend its execution".

The company believes that this judgment "further compromises the process of restructuring its debt." This places it "in an even more difficult position" financially, "threatening jobs and its sustainability", warned the chairman of the board of directors, Thomas Hüser, quoted in the press release.

Recylex - which employs 70 people on 3 sites in France - indicates that it "does not have credit lines" and that "the immediate payment to SNCF Réseau of the initial sum of 5,7 million euros could result in the cessation of payments by the company ".

The company indicates that its financial debt stands at 41 million euros, for cash of 8,4 million euros. It also indicates having "initiated a process of sale of the site stopped Estaque, whose activity has ceased for several years".