Recycle concrete along the Seine to slow down global warming 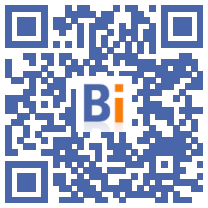 Along the Seine, north of Paris, the fangs of four excavators grip and smash huge concrete blocks. Crushed at the end of the aggregate with a tremendous noise, the old concrete will then be reused to recast it completely fresh and smooth.

France, where several global construction and road giants are based, is "at the head of European countries in terms of recycling construction waste," Mathieu Hiblot, secretary general of the National Union of Producers, told AFP. of aggregates, during a visit to an old factory being demolished.

A third of the aggregates consumed in the country comes from recycling, which mainly supplies road structures.

On the "demol" site, the excavators are activated. 20.000 tons of concrete slabs must leave the site, the equivalent of a small stone quarry.

This practice, which saves natural resources extracted from quarries, is encouraged by the World Cement and Concrete Association (GCCA) to reduce greenhouse gas emissions.

The need for recycling is all the greater since the manufacture of cement - an essential ingredient in concrete - generates three times more emissions worldwide than air transport.

For 200 years, to manufacture it, limestone has been fired in kilns at 1.400 ° C, a firing that releases almost one tonne of CO2 per tonne of cement produced.

France has set itself ambitious standards: from January 1, 2022, new regulations will integrate the carbon impact of buildings over the three phases of their life cycle: construction, operation but also end of life.

In Ile-de-France, recycling is greatly facilitated by the fact that the densely urbanized region has many urban renewal programs.

Above all, it benefits from a single factor: the Seine facilitates the transport and logistics of rubble. This reduces the number of trucks on the roads and limits the carbon footprint of demolition.

On the river, huge flat barges carry thousands of tonnes of construction waste every day from all over the Paris region.

Mini-ports spread over the banks from east to west of the capital serve as sorting points.

In Saint-Denis, we charge. In Gennevilliers, we unload. In the port, the recycling site of the French subsidiary of the Mexican giant Cemex has a processing capacity of 200.000 tonnes of concrete per year. 25 years ago, this recycling was driven by the road giants, Vinci, Eiffage or Colas (Bouygues).

Not all barges go for recycling. Some go to Normandy, where they are unloaded ... in old stone quarries.

But "the future is to demolish and reuse", judges the deputy director of Cemex France, Francisco Aguilar, in a cloud of white dust.

The "demand" for recycled concrete is "growing" on the building side, adds Hiblot.

Behind him, a huge red crusher swallows and shreds the blocks arriving on a conveyor belt. Nicknamed "caviar", this concrete comes from the surpluses of concrete plants: the one which "set" (dried) before having had time to be used.

The whole comes out fine granulated. It will produce a very honorable concrete.

Under his green helmet, the head of the concrete plant at the Fodil Zemani site displays his performance: his recycled concrete represents 60% of his total production.

The rest, for 30%, is based on aggregate extracted from quarries, and for 10%, an "ultra zero carbon" concrete, where the cement binder, the clinker, particularly emitting, is replaced by iron and steel waste from Dunkirk.

For the moment, the share of recycled concrete in new constructions does not exceed 5% in France, admits François Petry, boss of the cement company Lafarge Holcim France. It calls for an evolution of standards allowing the incorporation of larger volumes of recycled concrete. The ambition would be to reach 20% for certain types of concrete.

For Benoit Perez, in charge of the Cemex crusher, "there is also progress to be made in terms of demolition, better sorting, removing wood, plastic, plaster, in order to be able to make quality concrete with old concrete".