Recruitment tensions: the government wants to facilitate the accommodation of seasonal workers 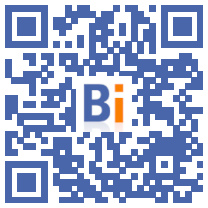 Faced with recruitment tensions, the government will send an instruction to prefects and rectors to facilitate the accommodation of seasonal workers in unoccupied accommodation such as student residences, Labor Minister Olivier Dussopt said on Friday July 22.

"We are going to give an instruction" for this summer and next year "to remind in particular universities, Crous, high schools that since 2013 (..) there are possibilities of agreements" with Pôle emploi, local missions and employers "so that school and student accommodation not occupied in the summer can be mobilized for seasonal accommodation", he declared.

"It is an instruction that must be remembered, since sometimes it is also useless to pass a new law, we must apply what exists", he added, during a trip to Nice with the Minister responsible for SMEs and Trade Olivia Grégoire.

It is a question of "urgently mobilizing all the actors, local authorities, Crous, schools and of course the professional federations to identify, when possible and when the actors agree, free or vacant accommodation in the social park or even rooms of boarding schools or universities", indicated the ministry.

During his visit, the minister highlighted "a somewhat paradoxical situation" with regard to recruitment tensions: "we are emerging from a pandemic crisis, we are encountering difficulties in particular on the question of energy. And despite all this, the economy creates jobs", with 750.000 more jobs than before the Covid crisis, he underlined. Sectors that have difficulty recruiting such as the hotel and catering industry have "today a higher number of jobs than before the crisis", he added.

"But despite everything, we still have a little over 7% unemployment, so our objective is obviously to allow companies to recruit and support job seekers towards integration, towards training", he continued.

The minister also reaffirmed that the rules concerning unemployment insurance, which expire on October 31, would be "extended". They will be "even reinforced" in the image of Canada where "the rules are tougher when the job market creates jobs and are more protective when there are difficulties".

The extension, initially, should take place at the start of the school year.