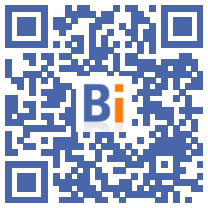 More than the pandemic, the difficulties of recruitment worry the bosses, gathered Wednesday by the Medef for its Meeting of the entrepreneurs of France (REF), a tension which raises the question of wage increases.

"I am very struck: all the bosses that I saw this summer, even before the summer, their number one subject, it is no longer the pandemic, it is recruitment", reported Wednesday morning on Franceinfo Geoffroy Roux de Bézieux, president of Medef.

Certainly, economic indicators are returning to green: activity in France has rebounded to approach its pre-crisis level, after a historic fall in 2020. But recruitment difficulties, as well as supply problems, particularly in the industry and the automobile industry, are obstacles to growth.

Even if for certain sectors the pandemic remains at the heart of the concerns, these tensions on the labor market send the bosses back to the situation of February 2020, recalled Mr. Roux de Bézieux a few days ago to AFP.

The subject was broached by the Minister of the Economy Bruno Le Maire on Monday, questioned on France 2, which had invited "to rest the question of the best remuneration" so that the growth "benefits everyone, without exception, even the weakest, even the least qualified, all those who were at the forefront of the crisis ".

Mr. Le Maire is also expected at the Medef re-entry conference, the REF, in the afternoon at the Parisian racecourse of Longchamp.

In view of the recruitment difficulties, particularly strong in services, including catering, hotels and construction, Geoffroy Roux de Bézieux believes for his part that "there will inevitably be fairly significant increases (in salaries) during the year. next ", while salary negotiations generally take place at the start of the year.

On the side of the Force Ouvrière union, General Secretary Yves Veyrier was pleased to see the subject prevail.

"The question of salaries will be a question that we will put at the center of this comeback", he warned, questioned on RMC.

Mr. Veyrier noted "a change of speech", which "goes in the right direction", while "we were told all the time the salary is the enemy of employment".

For him "two means of acting": the minimum wage on the one hand, which "has the merit of immediately increasing low wages and giving a dynamic to wage negotiations in the branches", and "the index of basic remuneration of civil servants, frozen for more than ten years ", on the other hand.

For his part, Geoffroy Roux de Bézieux nevertheless underlines that the purchasing power of the French has increased, and warns that with an increase in wages "behind it are the prices that will increase".

In echo, the number 2 of the Medef Patrick Martin, invited on RFI Wednesday morning, noted that "the lowest wages are in sectors which release margins which are themselves very low, in certain trades of services in particular".

"Consumers are not ready to pay more" and "the room for maneuver of the companies concerned is extremely limited", he observed.

Consequently, argues Mr. Martin, an increase in net wages "must go through reductions in charges without widening the deficits of social schemes".

To this end, the Medef supports the reform of unemployment insurance, the application of which is scheduled for October 1.

This "should make a certain number of employees return to employment and from there reduce the unemployment insurance deficit," said Patrick Martin.