Fears of record evictions with the end of the winter break 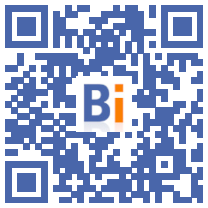 With the end of the winter break on Friday April 1, associations fear an upsurge in tenant evictions, after two years of calm during the pandemic.

On April 1, it will again be possible to evict tenants from their accommodation, at the end of the five legal months of winter break where this is impossible with exceptions.

It is the first time since the Covid-19 circulates in France that it has not been extended. In 2020, it had been until July and in 2021 until the end of May.

The number of evictions, after a record in 2019, had thus decreased significantly. For lack of time to practice them, but also because the Minister Emmanuelle Wargon had instructed the prefects to avoid evictions without solution, the State compensating the donors.

But this year, we let the ministry know, "there are no circumstances that would make it necessary to extend the winter break. (...) The instructions are still being applied with great discernment, in particular concerning families or people of good faith", we add.

The instruction to the prefects will be "in the continuity of last year", we promise the ministry.

Not enough to extinguish the concerns of associations fighting against poor housing.

"What it was possible to do during the crisis would be things that should absolutely be maintained in 2022, to ensure that we don't end up with lots of families evicted behind", wishes Nathalie Latour, Director General of the Federation of Solidarity Actors (FAS) which brings together hundreds of associations against exclusion.

According to a study by the Abbé-Pierre foundation on 66 evicted households, published on Wednesday, 32% of them have not found fixed accommodation one to three years later.

Eviction, the foundation notes, has an impact on physical and psychological health, with 71% of households reporting health problems or psychological difficulties. Children also suffer from it: four out of five families note a deterioration in their well-being and two out of five an impact on their school career.

"Our fear is that in 2022, when there is a kind of return to normal in policies and in the general attitude, we will resume the usual rhythm of 18.000 evictions, plus all those who were suspended" , also says Manuel Domergue, director of studies at the Abbé-Pierre Foundation.

He also fears that a possible change of minister, after the presidential and legislative elections, will leave the prefects more hands free to expel.

"We estimate that the number of situations leading to evictions is decreasing thanks to an active prevention policy", reacted the Minister of Housing Emmanuelle Wargon, expecting "between 10.000 and 15.000 evictions over the year".

Especially since the social context is unfavorable: soaring energy prices could strain the budgets of precarious households and increase the number of unpaid bills and rent.

Because the end of the winter break also allows suppliers to cut off electricity and gas to bad payers.

If the incumbent operator EDF has promised not to make such cuts, preferring a reduction in power to them to ensure a "minimum service" (light, refrigerator, telephone charging), it was not followed by its competitors. .

The other source of concern for associations concerns emergency accommodation, which allows homeless people to avoid ending up on the street.

This year, the places created for the winter are not removed, as was the case before. But despite the end of this "thermometer management", demanded for a long time by the associations, the number of places, currently around 200.000, must increase to 190.000 by the end of the year.

This reduction will take place once the needs by department have been assessed by the prefectures with the associations, we promise the ministry. A work still in progress.