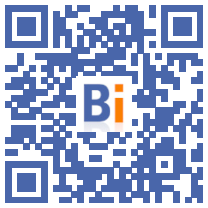 After a contraction of 0,2% of GDP in the first quarter, INSEE unveiled Friday, July 29 its first estimate of French growth in the spring, probably sluggish or even zero, inflation still penalizing consumption.

The consumer price index, which rose steadily between April (4,8% over one year) and June (5,8%), should weigh heavily on GDP.

At its highest since the 1980s, inflation is likely to reach a new level in July; the national statistics institute (Insee) will unveil its first estimate on Friday 29 July.

In their latest forecasts, the Banque de France and INSEE expect gross domestic product (GDP) growth of 0,2% and 0,25% respectively between April and June compared to the previous quarter.

Expectations close to those that the two institutes had formulated in the first quarter... which ultimately resulted in a 0,2% decline in GDP, precipitated by plummeting household consumption (-1,5%) .

"There is a negative risk as in the first quarter", recognizes Stéphane Colliac.

But the BNP Paribas economist "does not think it is a risk of recession" and rather expects zero growth.

“Given the indicators, we expect the growth rate to be very soft, but not to drop again,” also suggests Mathieu Plane for the French Observatory of Economic Conditions.

Traditional engine of French growth, "household consumption has already fallen significantly in the first quarter", notes Stéphane Colliac, to such an extent that a further drop of the same magnitude in the second quarter seems unlikely to him.

Over the first two months of the quarter (April and May), the indicator first fell by 0,7% before recovering by the same amount. The estimate of household consumption in June will be unveiled Friday by INSEE.

If the government tries these days to pass through Parliament a battery of measures to support consumption, they will only produce their effects on the wallets of the French from the third quarter.

Enough to fuel the concern of consumers, whose morale has been vegetating at the level of the daisies for several months against the backdrop of the war in Ukraine.

Despite this gloomy picture, several elements can give cause for optimism.

Consumption should, for example, recover in several sectors penalized at the start of the year by health restrictions linked to the Omicron variant.

“We have an expected rebound in catering and accommodation, (but) also transport, with a lot of people on trains for a few months”, lists Stéphane Colliac.

Another variable that could support consumption: the mobilization of savings accumulated at the height of the Covid-19 pandemic.

"Usually, when there is an inflationary price shock, savings serve as a bit of an adjustment variable". But in the first quarter, "that was not the case at all", underlines Mathieu Plane.

A recent study by the Economic Analysis Council (CAE) also pointed to a "stabilization at a high point" in the savings of the wealthiest households, with a "stock of savings more than 10% higher than that which would correspond to the pre-health crisis trend”, detailed the organization attached to the Prime Minister.

A reserve which, on the other hand, is deprived of the less well-off households, who would have spent all of their additional savings, according to the CAE.

On the business side, activity showed the first signs of a slowdown in June, but is still growing.

Finally, in terms of foreign trade, France has been running record deficits for several months but "we have obviously had a rebound in tourist flows (...) and aeronautical exports" likely to balance the trade balance, observes Stéphane Colliac .

A weak rise in GDP in the second quarter would keep alive the government's annual growth forecast (+2,5%), slightly more optimistic than that of INSEE and the Banque de France (+2,3%).

Conversely, in the event of stagnation and especially of recession, "it becomes complicated" to meet the government objective, judge Stéphane Colliac.

On Tuesday, the International Monetary Fund (IMF) significantly lowered its growth forecast for France in 2022, to 2,3% against 2,9% expected at the end of April in its previous projections.