Received by the Minister of Budget, the FFB requests an exceptional tax measure 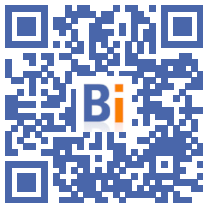 Faced with an uninterrupted rise in the cost of materials for nearly a year, the FFB is calling for an exceptional measure to support companies' cash flow: the immediate repayment of any carry-back debt noted, at a minimum, up to at the end of the first quarter of 2022.

This mechanism amounts to charging the deficit for the current year against the profit of the previous year, which gave rise to the payment of corporation tax. The FFB asks that the "overpaid" to the public treasury, resulting from this charge, be returned to companies in difficulty. For state finances, the operation is neutral since it involves smoothing the tax due over several years.

It is this proposal that the president of the FFB presented to the Minister of the Budget during a meeting in Bercy this morning. The last reading of the finance bill in the National Assembly is the last opportunity to provide a concrete response to companies facing this situation.

Olivier Salleron also asked Minister Olivier Dussopt to extend by one year the tax credit in favor of the energy renovation of tertiary premises of VSEs / SMEs. Voted in 2021, this device could not fully benefit companies, given the late publication of the implementing decrees. However, this is a positive measure both for the activity and for the preservation of the environment.

Olivier Salleron, president of the FFB, alert: “This materials crisis can undermine all the stimulus work carried out for months and threaten jobs in the sector. However, to avoid this mess, there are not thirty-six short-term solutions. The immediate repayment of the carry-back debt is the only direct way to deal with this situation. We must get out of the discourse of compassion towards companies and take this concrete measure in the finance law! ”.