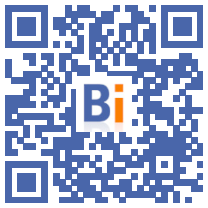 This study, carried out by the Yanport R&D team, relies on advanced machine learning methods to combine data from real estate advertisements and requests for real estate value (DVF). The results show strong disparities between neighborhoods for each of the cities studied, with negotiation margins on average much lower in city centers than in outlying areas.

In order to determine the negotiation margins as close as possible to the reality on the ground, Yanport used its large stock of real estate advertisements published online, which provide a representative view of the offer prices upstream, and DVF data. , published by the general direction of public finances and comprising all the real estate transactions carried out, in order to have access to the final sale prices downstream. For each of these figures, however, it was essential to take into account the inherent uncertainty, linked for example to data entry errors or particularly over- or undervalued assets.

From the prices observed and the characteristics given (surface area, number of rooms, location, date of deduplication for an advertisement or sale for DVF data, etc.), the study implemented machine learning methods in order to identify the similar goods in the two bases (announcements and DVF) and to deduce a margin of negotiation therefrom. This innovative methodology also makes it possible to produce analyzes on the evolution of negotiation margins over time, by geographic zone (IRIS zone[1], district, city, department) or typologies of goods.

Thus, Yanport was able to draw up an estimate by IRIS zone of the negotiation margins in five large French cities (Paris, Marseille, Lyon, Bordeaux and Nantes).

On the Bordeaux side, the negotiation margins are fairly moderate overall for most of the IRIS zones, hovering around 2-3%. 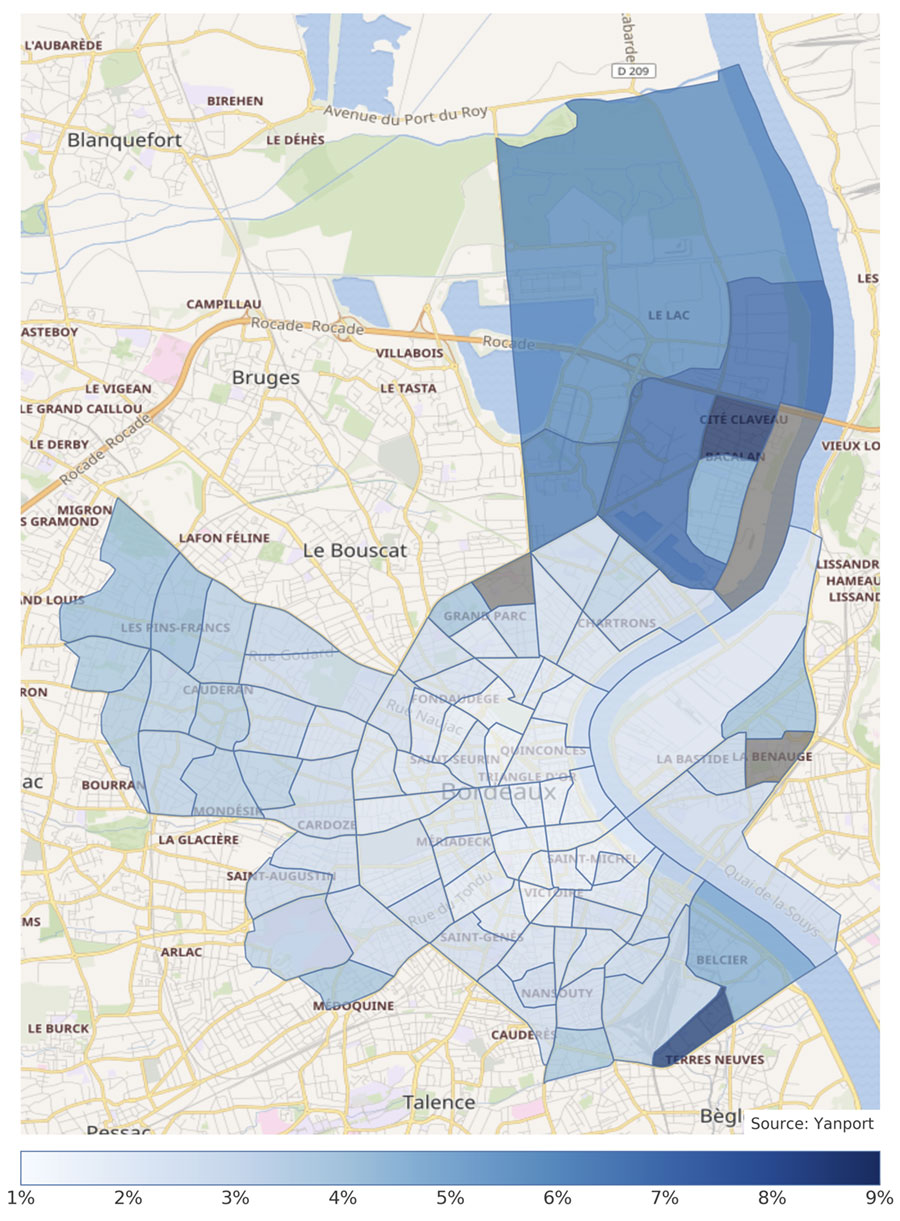 There are nevertheless significant disparities between districts. If the hypercentre displays average margins below 2%, some areas, located more on the outskirts, give buyers more latitude with margins above 6%. This is particularly the case in the LacBacalan neighborhoods and around Saint-Jean station.

In Lyon, negotiation opportunities in the 5th, 8th and 9th arrondissements

In the center (1st, 3rd, 4th, 6th), where the market is still tight, the negotiation margin is almost zero and goods are generally sold at price. 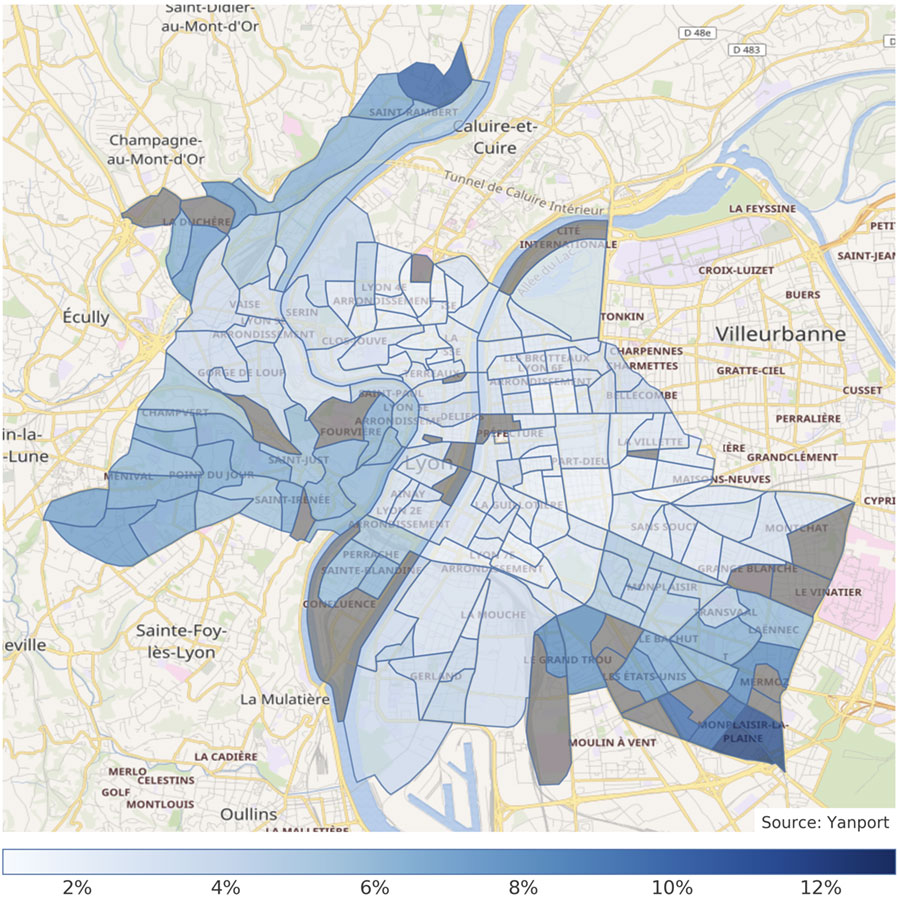 The other arrondissements, on the other hand, present more contrasting situations. Thus, for example, in certain areas, margins go up to 7,9% in the 5th (towards La Plaine-Charcot), 10,7% in the 9th (towards Saint-Rambert) and even up to 12,4, 8% in the XNUMXth district (towards La Plaine).

In Marseille, strong disparities between the center and the northern districts

Marseille is the city which records the greatest disparities in terms of negotiation margins. 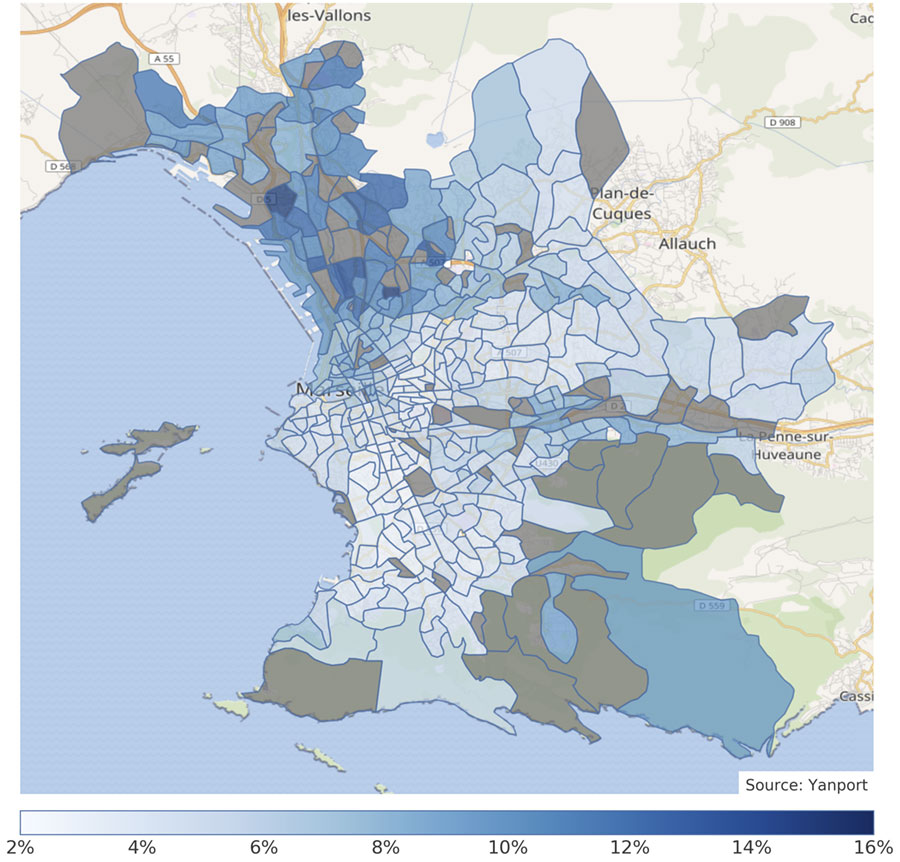 In Nantes, a market that leaves little room for negotiation

In Nantes city center, the negotiation margins are relatively homogeneous, ranging from 1 to 4%. 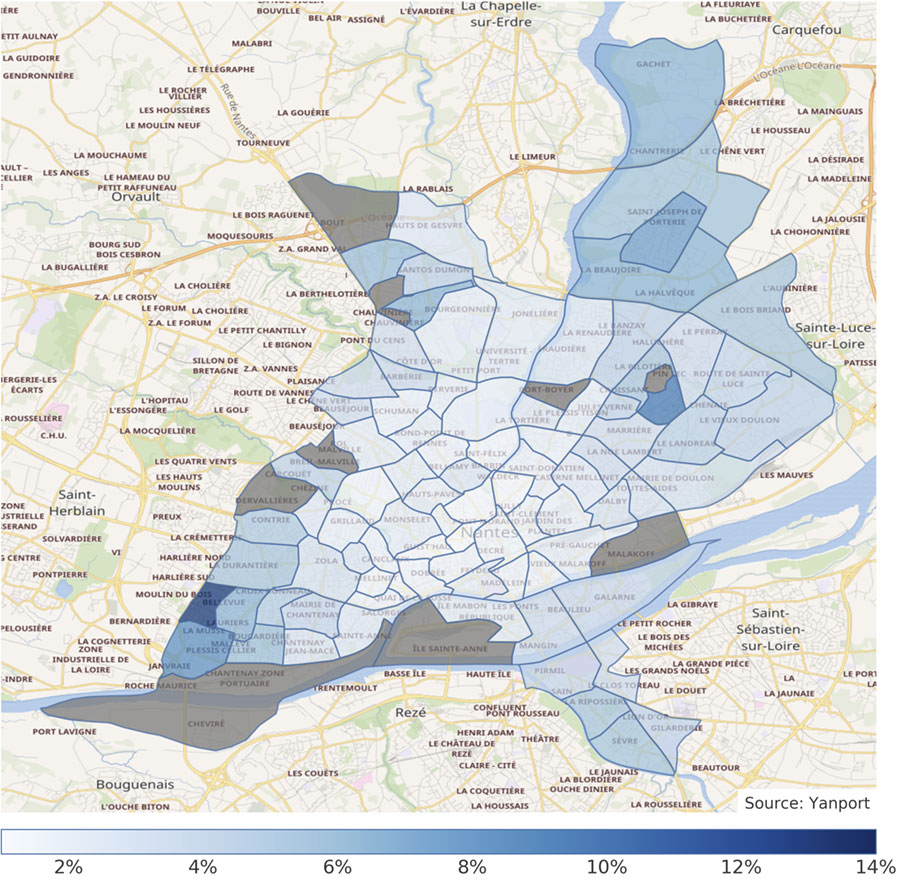 On the other hand, on the outskirts, the margins can be much greater, between 5 and 10% (except for the Mendès France district with a record margin of 13,3%).

However, there are some areas where the margins are between 2 and 4%, in the 1st and 8th arrondissements, in the northeast of the 18th towards Porte de la Chapelle, towards a few sectors in the 6th, especially around Saint-Placide / Notre-Dame des Champs, or to the east of the 13th arrondissement in the recent districts around the BNF.

See the entire study on the Yanport blog

[1] The Islands Grouped for Statistical Information, commonly called "IRIS areas", are geographic areas defined by INSEE, and defined as sets of contiguous islands. These are the basic building blocks for the dissemination of local data. The IRIS itself concerns all urban municipalities with at least 10000 inhabitants and most municipalities with 5000 to 10000 inhabitants.